Who Is At Fault? Unions And Rail Companies Bicker Over Contract Dispute As A Strike Could Happen Soon 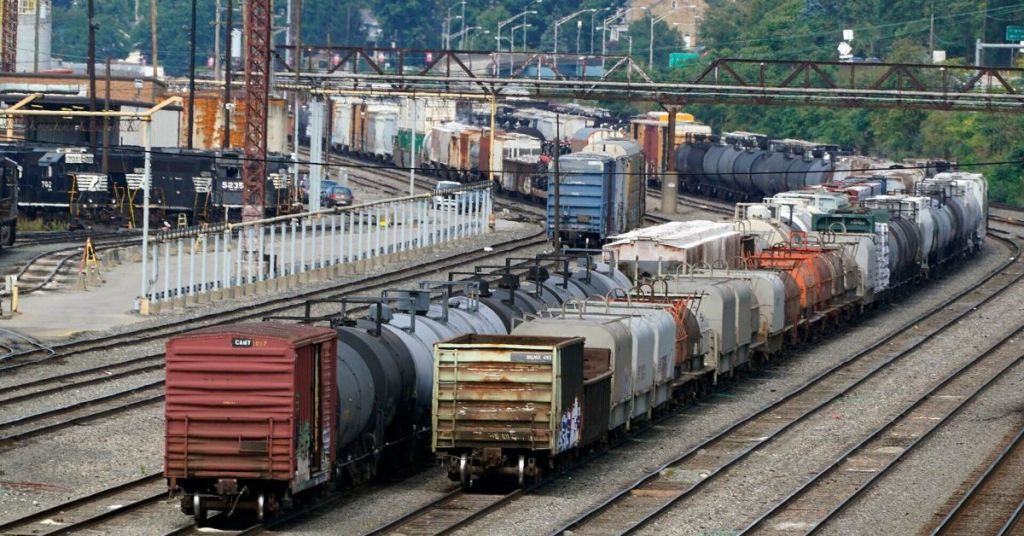 A report from the Townhall warns of an upcoming railroad union strike due to the Biden administration's inability to come to terms with finalizing the brokered contract.

The issue is back in the spotlight, although, before the midterm elections, Biden had averted the possibility of a union strike by railroad employees.

A summary of the latest labor contract by news agency Axios stated on Monday morning the "two largest unions, representing about 62,000 engineers and conductors...are set to announce vote results Monday, and the health of the U.S. economy is hanging on their yeas and nays."

The SMART Transportation Division announced its members were rejecting the deal. The Brotherhood of Locomotive Engineers and Trainmen has voted and agreed to the contract.

To avoid a strike, all 12 railroad unions must accept the contract. If one union rejects the agreement and strikes, all union workers will go on strike, which brings the U.S. economy to a halt.

A strike would impact areas including passenger rail transportation, coal shipments, and other services, costing the U.S. billions of dollars each day that the strike is in effect.

The back-and-forth between the rail companies and the 12 unions representing workers across the nation has been ongoing for months.

In October, one of the largest unions rejected Biden's proposed deal. The rejection was followed by three smaller unions that had previously rejected the contract and are back at the negotiating table, even though Biden claimed that in September, an agreement was reached that was a "win for America."

Biden's "victory lap" after announcing a "tentative" agreement was in place with the unions in mid-September before the midterm elections, according to the Townhall report, not all of the unions involved with the deal had voted to accept or reject the terms.

With the deal being rejected, the railroad laborers have the power as Biden and his administration attempt to prevent a strike that affects the entire nation.