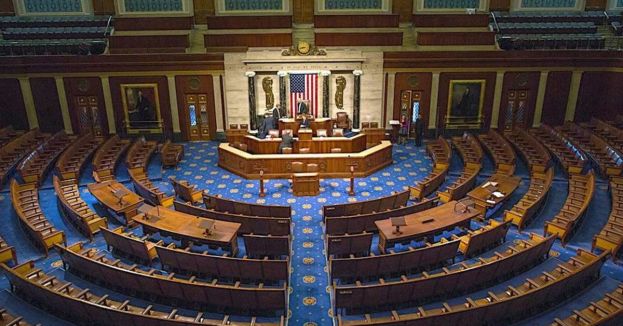 A report by Breitbart states House Minority Leader Kevin McCarthy will keep his ‘promise’ to bar certain representatives from participating in key committees.

McCarthy was asked by Bartiromo, “What are you going to do in terms of these Democrats that you have on such important committees? You’ve talked in the past about removing Ilhan Omar, about removing Ada Schiff, about Eric Swalwell. Will you deliver?”

McCarthy said, “Yes, I will. I’ll keep that promise. One thing I have said from the very beginning is Eric Swalwell cannot get a security clearance in the public sector. Why would we ever give him a security clearance and the secrets to America? So I will not allow him to be on Intel. ”

You have Adam Schiff, who lied to the American public time and again. We will not allow him to be on the Intel committee either. Look, Congresswoman Omar, her anti-semitic comments that have gone forward, we’re not going to allow her to be on Foreign Affairs, but we’re also going to stand up to what’s happening not just in the halls of Congress, but what’s happening to our higher education institutions, the antisemitism that’s going on on these campuses and others.

We’ll investigate that as well and stop this to make sure that America does have the freedom that we said we would keep, and we will stand up to it as we move forward with.

According to The Washington Times, McCarthy is following the precedent established by House Speaker Nancy Pelosi. The Speaker removed Republicans Rep. Paul A. Gosar and Rep. Marjorie Taylor Greene from all committees they were assigned to due to unfavorable online posts and commentary.

McCarthy plans to remove the Democrats based on each offense, meaning they would be removed from a single committee rather than all committee assignments.