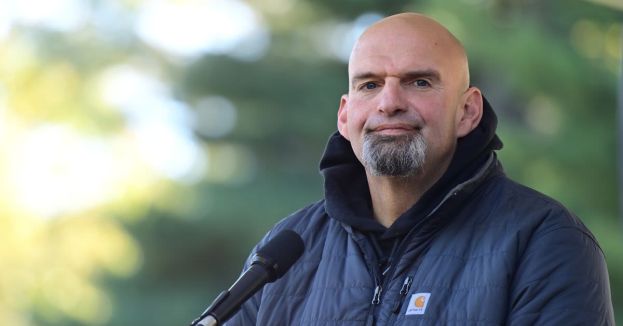 She recalled that during an interview, he had difficulty making conversation that didn’t involve reading from a teleprompter. His previous stroke made many people wonder whether he was fit to be a Senator, which is understandable. It’s not understandable to some people, though.

The Daily Caller says, “Burns reported that Fetterman, who suffered a stroke May 13, had difficulty making “small talk” before an interview that aired October 11. Fetterman’s health became an issue during his senatorial campaign when he pulled out of multiple debates, prompting the Washington Post and Pittsburgh Post-Gazette editorial boards to question his ability to serve as a Senator.”

According to Kara Swisher, a VOX media reporter, this questioning was out of line. The Daily Caller points out that she said, “She’s not a doctor. I had a stroke. Okay, and I had the same thing. I had a hard time with small talk. I was cognitively fine, and you often would say, “Oh, there’s something wrong with you because you can’t get words out. Well, maybe he had a bad day. Maybe he didn’t want to talk to you.”

That wasn’t all she had to say. Per The Daily Caller, “I think I was particularly irritated because it played into the GOP efforts to make it a thing, whether true or not,” Swisher continued. “To take advantage of someone’s medical crisis and question things that are just if you know anything about strokes, he was not cognitively impaired. He had sensory issues.”

It is possible that a person has a stroke and merely has a few sensory issues. However, it’s also possible that a person suffers from cognitive impairment after a stroke. After seeing the mental state of our President, it’s more than understandable why people would want to make sure that those running for seats in Congress are mentally capable of making decisions.