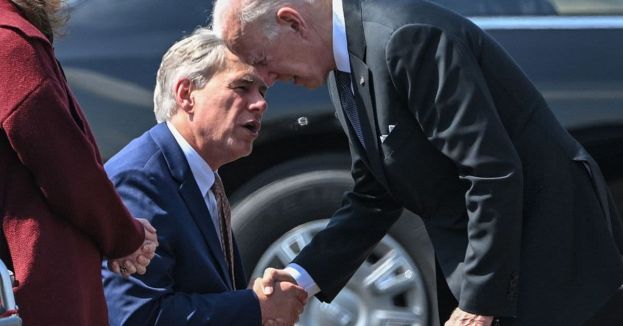 The problems of the southern border remain unsolved.

Inaction from the Biden administration allows drug cartels, terrorists, and dangerous criminals to enter our country. However, Greg Abbott isn’t going to take it. Instead, he’s ready to take action, which is what he’s saying.

Just The News reports that Greg Abbot sent a letter to Biden addressing the issue. According to the news source, “‘Your sustained dereliction of duty compels Texas to invoke the powers reserved in Article I, § 10, Clause 3, which represents ‘an acknowledgment of the States’ sovereign interest in protecting their borders,’ Abbott wrote, citing the late Supreme Court Justice Antonin Scalia in Arizona v. U.S..”

Abbott doesn’t stop there. The letter continues to point out how Texas has a right to protect its borders, according to the constitution. Just The News says, “They foresaw your failures. In the more than 240 years of our great nation, no Administration has done more than yours to place the States in ‘imminent Danger’ – a direct result of your policy decisions and refusal to deliver on the Article IV, § 4 guarantees,” he added.

“In the absence of action by your Administration to secure the border, every act by Texas officials is taken according to the authority that the Founders recognized in Article I, § 10, Clause 3.”

In addition to stating that it is Texas’s right to protect its borders, Abbot called on the President to do his duty and protect our nation. According to original.newsbreak.com, the letter says, “You must reinstate the policies that you eliminated, or craft and implement new policies, to fulfill your constitutional duty to enforce federal immigration laws and protect the States against invasion.”

Abbot has already called on the Texas National Guard and the Texas Department of Public Safety to arrest illegal immigrants. They are to be held accountable for state crimes, and those in the country illegally are transported to legal ports of entry. This should be a wake-up call to the Biden administration, but it is not. They have yet to take action or comment on the situation aside from statements that the border is secure.