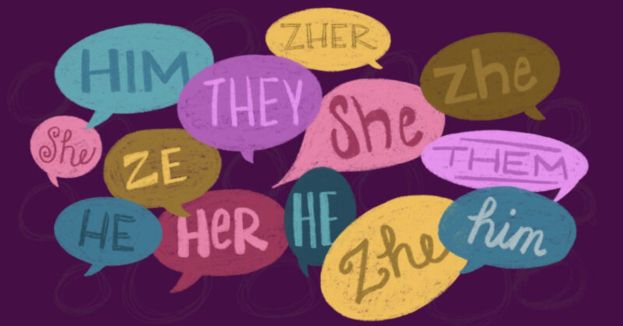 An elected official in Rhode Island has shared a viewpoint that won't be one that most people hold in common.

The individual states that they believe using the wrong pronouns to describe an individual is "an act of violence." How they could believe such an absurd thing is hard to imagine, but some people are willing to go along with something like that.

Jennifer Lima, a school committee member in Rhode Island, said she is for bringing "anti-racist" policies into the school district. Everyone would be for that, of course, but Lima seems to have a very different definition of what is discriminatory than most people do. For example, Lima feels that it is necessary to say that using the wrong pronouns to describe a person is an act of violence in her book.

Why anyone would feel this way is an open question, but she is in a position of power, and this is her viewpoint. In 2021, she faced a recall effort because her opponents alleged that she was pushing "pro-Marxist" material and viewpoints into the school system. They also say that she is an advocate for critical race theory.

"Purposefully misgendering students is an act of violence. Respond accordingly."

This is from a group of activists who believe in calling for violence as a reaction to someone misgendering a transgender person.

Lima added her spin to the message by saying:

"any act of violence in our schools which creates an unsafe environment (physically or emotionally by or for any member of the school community) needs to be dealt with accordingly."

She also mentioned that she understands that some people might find the use of the word violence "extreme," but she didn't step back from her statement.

When speaking with Fox News Digital, she did clarify that she believes the post only refers to psychological violence, not physical violence. Still, the fact that an elected official advocate for violence is alarming.

Lima concluded her remarks to Fox News Digital by stating:

"I believe in First Amendment speech protections, both as an elected official and an individual."

"I do not believe that post suggests that using incorrect pronouns should be met with violence."