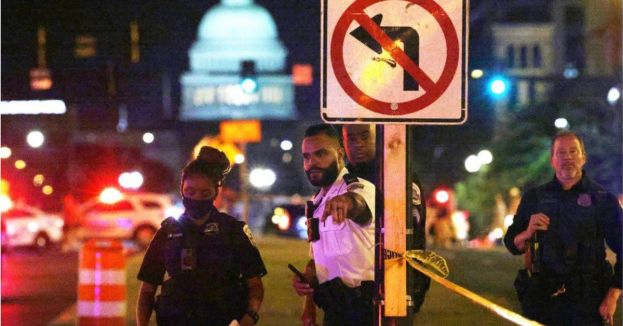 Explain this one, please. D.C. is about to REDUCE the penalties for certain crimes even as crime explodes in the nation's capital.

The effort to overhaul the criminal code in D.C. has been in the works for a long time. It has been happening since 2006, according to many estimates. However, Democrats and liberals of all stripes are now closer than ever before to realizing their wild plan.

The DC Police, the U.S. Department of Justice, and other significant organizations warned against going forward with this plan, but Democrats in D.C. ignored them and approved the plan anyway. It is a 450-page piece of legislation that will be one of the most significant changes to the criminal justice system in D.C. history.

This measure makes changes to the maximum sentencing that certain criminals can receive. It also eliminates mandatory minimum sentencing and offers more rights to a jury trial for people charged with misdemeanor crimes. The changes would also permit persons who are 25 years or older and are inmates to request an early release review of their case.

The legislation now goes to the desk of Mayor Muriel Bowser (D). Bowser previously indicated that she might veto the bill if changes are not made to it. So far, the people pushing this legislation have not made the changes Bowser is looking for in the bill, so there seems to be every indication that she would be well within her rights to veto the measure, as she stated before.

Regardless, the bill would have to undergo a 60-day review in the House of Representatives, which will be majority Republican. If the bill somehow overcame all of those hurdles, it would go into effect in October 2025.

D.C. U.S. Attorney Matthew Graves wrote to the council expressing concerns about the legislation. He stated that while he believes the bill is well-intentioned, he wanted to express the following:

"some provisions, while well-intentioned, could undermine community safety and impede the administration of justice in our courts."

A particular area of concern for Graves involved the changes to the maximum sentencing contained within the bill. He feels that the council is rushing to include language that makes it easier for hardened criminals to get out of prison earlier. He is understandably concerned about what this means for the public's safety. Overall, he is undoubtedly opposed to this measure.