Kenosha Kid Is BACK: Kyle Rittenhouse Considering A Run For Congress 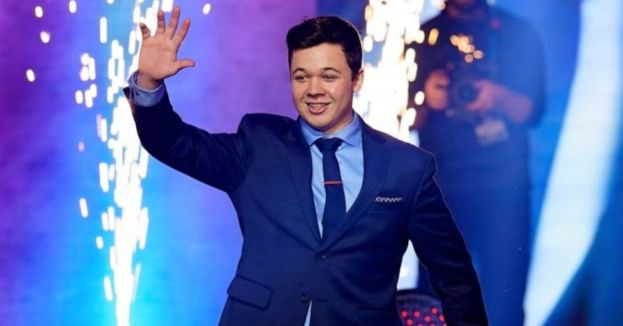 Kyle Rittenhouse is teasing a potential future run for Congress.

Currently, he is only 19 years old and is thus not eligible to become a member of Congress. However, Rittenhouse posted a picture of the Capitol on his social media accounts and cheekily asked, "T-minus 5 years until this is my office?".

Essentially, the young Rittenhouse was suggesting that he might run for Congress and even win a seat in Congress in the future.

Rittenhouse was acquitted of five criminal charges related to the fatal shootings of Joseph Rosenbaum and Anthony Huber at a Black Lives Matter protest on August 25, 2020.

The media and liberals have dragged Rittenhouse through the mud repeatedly for the charges that he faced. Some even went so far as to call him a white supremacist and insist he is guilty of crimes he was never convicted of. However, Rittenhouse said he is not a racist and insists that he supports the Black Lives Matter movement.

He intends to bring lawsuits against major celebrities that he insists defamed him. Some of the biggest names on the list include Whoopi Golberg and Lebron James.

The right-wing has broadly adopted Rittenhouse as an advocate for the Second Amendment and a figure they see as being unfairly treated by the media.

Republican Florida Rep. Matt Gaetz even said at one point that his office was considering hiring Rittenhouse as an intern to work for him in Congress.

There are a lot of conservative individuals who want to see Rittenhouse receive fair treatment after all that he has been through.