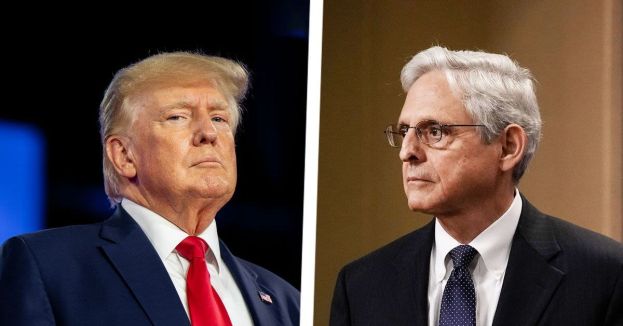 Democrats have been waging lawfare against former President Donald Trump even before Joe Biden assumed the presidency.

“The special counsel will also oversee some aspects of the criminal investigation into Jan. 6, which also include Trump.”

Former President Trump was, understandably, not amused. “A Trump spokesperson told the Daily Caller, ‘This is a totally expected political stunt by a feckless, politicized, weaponized Biden Department of Justice.’”

The suspicion arises that the announcement came about because Trump recently announced that he was running for President in 2024. Garland did not even bother to deny that suspicion.

“The potential additional legal troubles for the former president come days after he announced his official campaign for the 2024 presidential race.

“Garland said that he made the announcement in part because of Trump’s 2024 announcement, and the fact that President Joe Biden has said he will likely run.

“’The Department of Justice has long recognized that in certain, extraordinary cases, it is in the public interest to appoint a special prosecutor to independently manage an investigation and prosecution,’ Garland said.

“’Based on recent developments, including the former president’s announcement that he’s a candidate for president in the next election, and the sitting president’s stated intention to be a candidate as well, I have concluded that it’s in the public’s interest to appoint a special counsel,’ he added.”

While, traditionally, a special counsel’s brief can include anything he thinks is relevant, Jack Smith, who will be investigating former President Trump, will look into both the documents seized during the raid on Mar-a-Lago and the events of January 6, 2021.

The Federalist finds some nefarious motives behind the appointment of a special counsel.

“The appointment of a second special counsel to sic on Trump is the natural response of a Democrat to the ex-president’s pursuit of a second term. The Russia hoax failed. The impeachment over a fabricated scandal in Ukraine failed. ”

WATCH: LAWYERS FOR 'RUST' ARMORER GIVE HER SIDE OF THE STORY

“Prosecution over the Emoluments Clause failed, and the Jan. 6 Committee failed to serve the long-sought indictment that’s become the top item on the Democrats’ policy agenda for six years. Now that the Select Committee’s days are numbered with an incoming Republican majority, Garland’s move to bring a special counsel into the mix is a move to cement the Jan. 6 inquiry into a forever investigation. But while the panel admitted their investigation was all about last week’s midterms in March, Garland is pretending his department’s politized investigations are all about public integrity.”

The Federalist also notes that Garland has declined to appoint a special counsel to investigate Hunter Biden, raising suspicions of political bias.