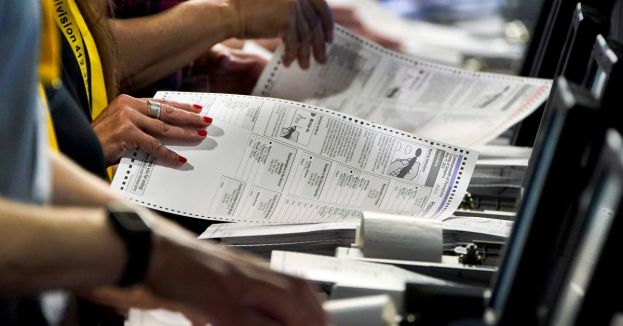 Unofficial results show that Boebert has roughly 550 votes over Frisch out of the more than 327,000 votes cast in the district. This is even though there will likely be a recount in the district.

The Associated Press has still not called the race for either candidate, given the contest's tightness. Interestingly, Frisch is already calling to concede to his Republican rival even though he is not that far off from her vote count total. It appears that he understands that he won't like to make up the difference.

Frisch spoke with the press about his decision and stated that even with a recount, it was unlikely to change more than a few votes. He did not feel there would be a significant enough change to justify not conceding the race. Thus, he already called Boebert and offered his concession.

Boebert tweeted the following about her presumptive victory:

"I look forward to getting past election season and focusing on conservative governance in the House majority. Time to get to work!"

She has been a member of the House of Representatives, and now she will join the Republican majority in the House.

Nancy Pelosi, the only woman to have ever served as Speaker of the House, announced that she was stepping down from her leadership role within the Democrat Party in the House. She is passing the torch to a younger generation, which is the end of an era for the former Speaker.

Representative Kevin McCarthy is the odds-on favorite to become the next Speaker. He won the inter-party vote among Republicans in the House 188-31. To officially become Speaker, he will have to win a majority vote in the full House. It could be an exciting contest to keep an eye on, as there are at least some Republicans who say that they might rebel and vote against him. Any excessive rebellion against McCarthy could prove to be a significant mistake. Given the slim majority in the House, Republicans will need to stick together as effectively as possible to ensure they get the Speaker that they want into the Speaker's chair.

Many still believe that McCarthy will be able to keep enough of his party together to pull through.