Up Side Down World: BIOLOGICAL MALE Competes In Female Cross Country Competition And Dominates 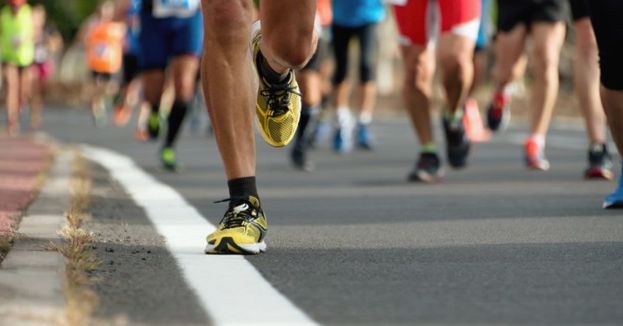 A biological male struggles to win races against his male competitors.

He finishes the races but with embarrassing results. However, now that he’s allowed to compete against women, this biological male is winning one race after another. The way this is happening is sickening.

Fox News reports, “The Seattle Academy student, a 5,000-meter runner, has two victories so far. These include one in a conference championship. The student also enjoyed three top-two finishes in eight races this season and has not finished worse than 22nd place. When identifying as a male, the student never finished ahead of 25th place.”

Fox explained the drastic differences between this teen competing as a male and now as a female. Fox says, “In last year’s Emerald South Conference Championships, the student identified as a male for the competition. He finished in 72nd place in the boy’s division with a 20:40.6 time. This year, the student is competing as a girl. As a result, she finished in first place with a time of 19:14.5. She set a new school record.”

That’s not an isolated incident. Per Fox, “On November 5, she ran in the Washington Interscholastic Activities Association (WIAA) 1A State Finals in Washington. Competing as a female resulted in her finishing the race in 18th place with a time of 20:31.3. Had the sophomore competed in the boy’s division, she would have placed significantly worse. Her time would have placed her at 145th.”

This happened again: “Last year, the runner competed at the 14th annual Twilight XC Invitational. They finished in 134th place with a time of 19:46.50 while competing as a male. This year the runner competed as a female and saw drastically different results. She came in 12th place but only finished 2.6 seconds faster.”

Men have an unfair advantage in sports over women. That’s why there are men’s sports and women’s sports. Allowing biological males that have not fully transitioned to females to compete in women’s sports will be the end of women’s sports. The longer woke rules allow this to happen, the more discouraging it is to female athletes who deserve a fair competition.