The Great Decline: California To Have MASSIVE Budget Deficit Next Year 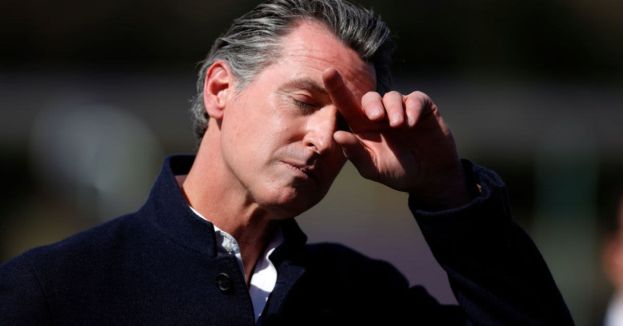 In 2021, California's Independent Legislative Analyst's Office forecasted the state would have a $97 billion budget surplus for the 2022 fiscal year.

However, the latest release from the Legislative Analyst's Office indicated a $25 billion deficit for the coming year. The dramatic change from surplus to deficit has prompted many to ask what could cause such an incredible swing in the state budget.

The Office noted that a challenging economic environment was responsible for the acute change. Nonetheless, they refuse to admit this is a budget crisis, citing that the state has $37.2 billion in various savings accounts.

Moreover, the state has dealt with budget issues in the past. After all, historical trends reveal that as long as certain politicians are in power, the state will likely receive federal funding to ease the financial burden. Evidence for this can be found as recently as 2020 during the covid crisis that seemed to be perpetual. The large budget surplus from the prior year was from the ongoing covid crisis. The state received ample cash from the federal government's covid relief program.

Other issues are contributing to the budget deficit. According to the Legislative Analyst's Office, state revenues are $41 billion below expectations. This is due to the uber-wealth who are experiencing the strain from the downturn in the economy. Their profits are directly proportional to state revenue, i.e., as their profits decrease, the taxable revenue owed to the state decreases and vice versa. A more concerning issue is the state's decline in population. According to the California Department of Finance statistics, from April 2020 to January 2022, 352,000 people left the state of California.

There has been a sharp drop in business growth as well. People and businesses are leaving California for more business-friendly and free states like Texas and Florida. Progressive politicians have placed ideology over their constituents' economic security and well-being. This has prompted many to vote with their feet, considering the sparse chance of ever seeing a fundamental change in leadership via voting at the polls.