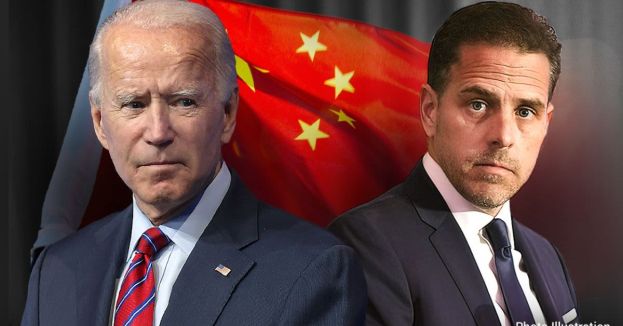 Hunter Biden’s laptop from hell reveals that he was involved in shady business deals, earning him millions of dollars to support his extreme lifestyle involving drugs and hookers.

However, there are quite a few ways President Biden contributed to this with backroom business deals of his own.

The Post Millennial reports, “Revelations from Hunter Biden’s laptop prove that Joe Biden’s son, Hunter, was engaged in suspicious business partnerships in Ukraine that lasted for years. Business deals include deals that reportedly resulted in astounding financial kickbacks to now President Joe Biden. Emails discovered have confirmed Hunter Biden earned more than $11 million from a combination of Chinese and Ukrainian business deals over 5 years. This year President Biden sold approximately 1 million barrels of oil from the U.S. Strategic Reserves. This oil went to a Chinese company in which Hunter Biden invested.”

Republicans have been waiting for the moment when they can launch an investigation into the business deals of the Biden family, and that moment is here.

“Representative James Comer announced Thursday that the Republican House Oversight Committee will launch an investigation into Joe Biden’s business dealings with his son Hunter. This investigation is to determine whether the President ‘is compromised or swayed by foreign dollars,’” says The Post Millennial.

The breaking stories circling what is known as the laptop from hell have continued to evolve. In the beginning, it wasn’t Hunter’s laptop at all. Then, the story was squashed and considered misinformation. Even social media platforms like Facebook were told it was disinformation that came from Russia. After it was determined that it wasn’t disinformation, the story unfolded to say President Biden did not know of it. Now, a committee is ready to use testimony from whistleblowers and the latest evidence in their investigation to say that President Biden knew what was happening and was involved.