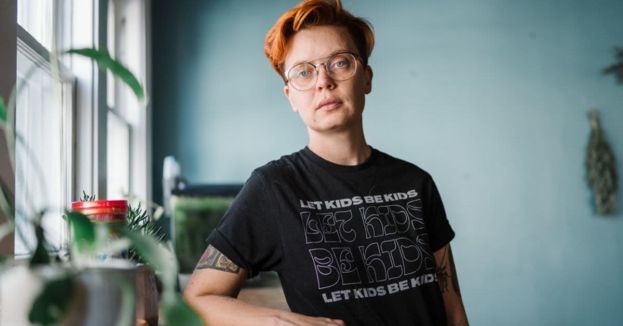 Marissa Darlingh has filed a lawsuit against the Milwaukee School District.

She is a former school counselor who denounced the gender ideology taught in the schools where she worked.

Allen-Field Elementary School terminated her after the school learned of comments she made at a rally in Madison, Wisconsin, earlier this year. She spoke up at that rally to denounce the radical gender ideology she saw taught around her.

The Wisconsin Institute for Law & Liberty represents Darlingh and has filed a lawsuit against Milwaukee Public Schools on her behalf. They say that the school violated her First Amendment rights. She took a stand against children’s social and medical transition, and the school punished her for her opinion.

“On a path for long-term, lifelong medicalization through the use of wrong-sex hormones and drugs used off-label as puberty blockers and all the disfiguring surgeries of their healthy body parts.”

Darlingh argues that big pharma drives the transgender movement. She says she considers herself a radical feminist but cannot stand by while people tell children things about themselves that she finds objectionable and patently wrong. She thinks many children receive wildly inaccurate messages about themselves and their bodies. Additionally, she wants the school system to own up to what it has done to create this problem.

The fact that she immediately lost her job after giving a speech at a rally should be scary for teachers across the board. It doesn’t matter what you feel about the specific sentiments that Darlingh expressed at this time. What truly matters is that school systems are willing to shut down freedom of speech if it does not personally agree with something that it does not.

How anyone can think that a system like that is sustainable is beyond the grasp of most of us. It seems like the schools don’t care that much. They will trample over the rights of anyone if they believe that it justifies their means.

It is hopeful to see that Darlingh is fighting back and not willing to accept the judgment of the school system against her.