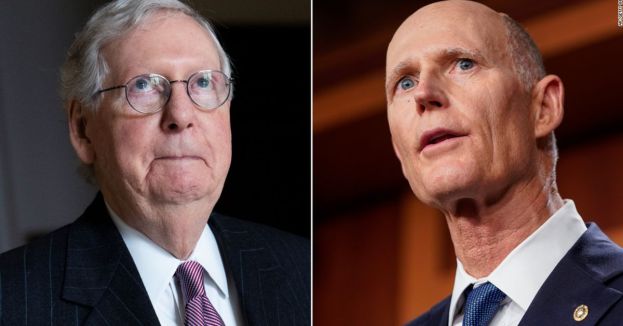 McConnell had 37 people backing him, while Scott only had 10.

McConnell is now the longest-serving Republican leader of all time. The previous record was held by Democrat Mike Mansfield decades ago. The New York Post reported that McConnell said, “I’m not going anywhere.” He knew he had the support to continue as the leader of the Republican Party.

Nothing has changed in the Senate’s upper chamber as the political landscape remains equally divided. The Democrats will have a more challenging time getting things passed as the lower chamber is now in the hands of the conservative movement.

The New York Post also reported that “The 69-year-old Scott, a former Florida governor, insisted to his colleagues it was time for a change, writing in his candidate letter: ‘If you simply want to stick with the status quo, don’t vote for me.’”

Scott was slated to be a strong challenger, but his influence failed to help the Republicans win the seat from Pat Toomey, that retired. But his efforts also had successes.

The Post also reported that “In response to calls for an audit of the National Republican Senatorial Committee, Scott claimed Wednesday he had learned that committee staffers had been paid ‘hundreds of thousands of dollars in unauthorized and improper bonuses’ during the previous election cycle, under the chairmanship of Sen. Todd Young of Indiana.”

McConnell and Scott work well together. They exchanged words while running against each other for the minority position. They both know that President Joe Biden has to be kept on his toes, or his socialist agenda will quietly be put in place. But at the end of the day, they represent the one party in America that stands with the people.