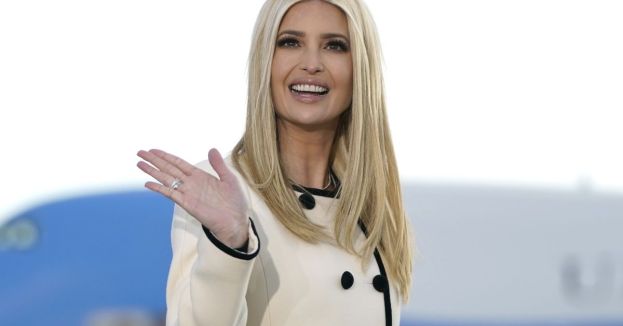 Former President Donald Trump’s daughter, Ivanka Trump, has no intention of returning to politics as she did during her father’s first term.

The job took so much time that her family suffered without her being there.

Ivanka is a good mum and she cares about her family very much. The News reported that Ivanka Trump stated, “I love my father very much. This time around, I am choosing to prioritize my young children and the private life we are creating as a family. I do not plan to be involved in politics.”

Trump’s daughter has decided that her family is more important than diving into a realm full of liberals. She also stated, “While I will always love and support my father, going forward, I will do so outside the political arena. I am grateful to have had the honor of serving the American people and will always be proud of many of our administration’s accomplishments.”

Donald Trump recently announced that he plans to run for the White House again. He destroyed Hillary Clinton in 2016 and lost a questionable election to Joe Biden.

Ivanka Trump revealed she has a good relationship with her dad. But she will not put her presence back into the political world. She also stated, “ I am loving this time with my kids, loving life in Miami, and the freedom and privacy with having returned to the private sector — this has been one of the greatest times of my life.”

Democrats would instead abandon their families for the sake of political power. Republicans have a family at the heart of their existence. They know that families make up the heart of America, and strong families make a strong America, something the liberals do not want to see come to pass.