He Must Be Stopped: Republicans Plan To Fight Biden's Radical "Green" Agenda 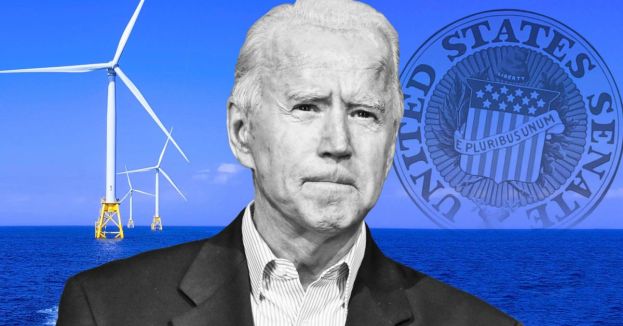 House Republicans are not ready to give up any ground when fighting the radical green agenda that President Biden wants to push on the American people.

The White House has largely ignored calls to back down from some of its environmental agenda amid pushback from the public. However, House Republicans will not let them ignore those calls so easily.

Fox News Digital received word that many members of Republican leadership in the House published information about their plan to fight the green agenda Biden wants to push through. Those leaders say they will do everything in their power to ensure that Biden cannot get away with this as quickly as he might have hoped.

Not only are House Republicans hoping to fight Biden's green agenda, and they want to find ways to tap more of America's internal energy reverses. They seek to provide relief for the American people who are fighting high energy prices. Doing so means going against virtually everything the White House is trying to push out now.

"Right out of the gates in 2023, E&C Republicans will be leading to reverse the damage of President Biden's energy crisis with solutions that unleash America's vast energy abundance and lower carbon emissions."

The party is focused on the pocketbook issues that everyday Americans care about.

President Biden has been in office for 22 months, and Republicans have been calling out his disastrous energy policies since that time. They say that it is abundantly clear that the President is not interested in doing what is suitable for the country. Instead, he is trying to appease a tiny minority of the country obsessed with environmental policy. This leads to higher costs for everyone, and House Republicans want to stop the nonsense.