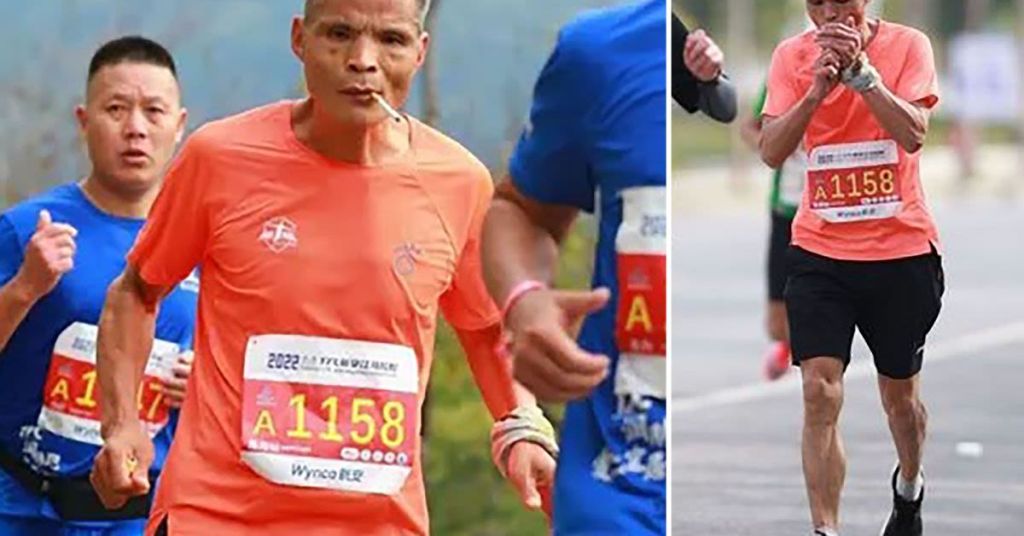 A Chinese grandpa set a fantastic mark in a marathon.

He ran the entire marathon in 3.5 hours. That would have been impressive in its own right, but it is even more staggering when you realize that he pulled this off while chain-smoking the entire time. You read that right.

The 50-year-old is known as Uncle Chen, and he ran the entire 26.2 miles at the Xin’anjiang Marathon in Jiande. It was exciting since smoking is seen as the exact opposite of what one would want to do when running.

The extra strain on one’s lungs alone makes an accomplishment like this even more impressive. However, Uncle Chen seemed to take it all in stride. He wasn’t necessarily trying to draw attention to himself, but he gained much Internet fame.

Ultimately, he placed 574th out of approximately 1,500 runners. Thus, his times were not elite by the marathon standards, but they were still impressive, given that he also smoked the entire time he ran. It is one of those things that you just have to see to believe.

He frequently had a cigarette dangling from his mouth in the various pictures of him running around at the event. He seemed to enjoy soaking up some of this event's attention. He is a man that loves to have a good time.

We cannot recommend that you attempt to do something like what Uncle Chen pulled off here, but it made for some excellent Internet content. Many people liked the casual nature that Chen seemed to have about all of this.

It was almost as if he felt it was the most natural thing in the world to run a marathon while chain-smoking. One has to wonder how many times he has practiced like this before!