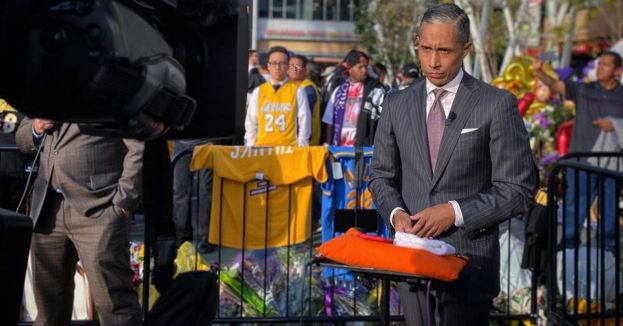 Michael Almaguer is a correspondent that works with NBC News.

He put out a story that reported on the attack that Paul Pelosi went through. And the story caught the attention of NBC News which has since retracted the story and suspended Almaguer.

Just the News reported that the NBC News correspondent’s reporting did not match the companies’ standards for how journalism is supposed to take place. Almaguer now sits in suspension because the liberal media outlet did not like him pointing out the truth about the attack.

The reporter had reliable sources that he cited. His report noted that instead of the emergency 911 call reported by mainstream media, Paul Pelosi answered the door for law enforcement.

According to Just the News, Almaguer wrote, “The 82-year-old did not immediately declare an emergency or try to leave his home but instead began walking several feet back into the foyer toward the assailant and away from police.”

The report alludes to the idea that Pelosi’s attack was a set-up for unclear political purposes. No one in their right mind would ever step back toward an invader once law enforcement showed up. Pelosi could have walked out with the police and not had his head hit with a hammer. But according to Almaguer and his sources, Paul Pelosi backed up to be in the attack range.

The alleged contradiction between the police report and the news report has fueled speculation and other stories from other news agencies. But the retraction of the news report only fuels more speculation from those that do not trust the reporting skills of NBC News.

Many viewers of NBC believe the liberals have lied in news reports before. They try to pass off stories using old facts, pictures, and even sources never named. They seem to have an agenda they must push for the liberals to stay up to speed with Republicans.