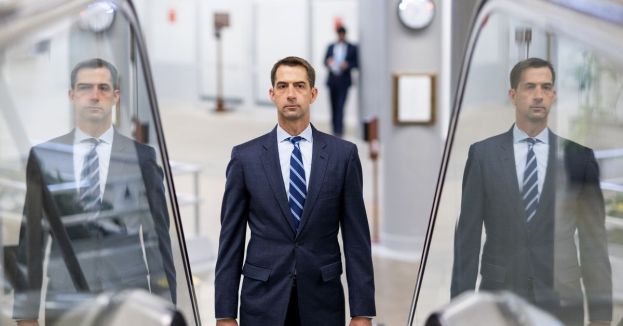 The liberal left wants people to think there is only one leader in the Republican Party.

They want people to think that former President Donald Trump is the only person that can lead the conservative movement. But the truth is that more than one person has emerged as a strong candidate to lead the Republican Party.

Tom Cotton is a senator from Arkansas who addressed the public to set the record straight. The hope that the Democrats have is that by vilifying Trump and making people think that he is all there is for the right, they will vote for a liberal instead.

Cotton was interviewed on “Face the Nation” with host Margaret Brennan. She asked the senator if Trump should continue to be the leader given all the alleged accusations thrown his way.

The Daily Wire reported that Cotton responded, “When the party — when any party is out of power, as Republicans are now, we don’t have a single leader. The former president is very popular with many of our voters. But we also have important other leaders as well, like some of those victors I just mentioned earlier, like Brian Kemp in Georgia, Ron DeSantis in Florida.”

Cotton quickly pointed out that people such as Ron DeSantis, Brian Kemp, and even Glenn Youngkin are prominent figures in the Republican Party. All these people have significant influence and weight that affects how people vote.

The liberal media tried to erase from memory all the Republicans that have made important decisions for the country over the past several years. They want people to think that the Republican Party is hurting for strong leaders, which is just not the case. Some so many influential people serve the right that liberals are struggling to find anyone to compete against them.