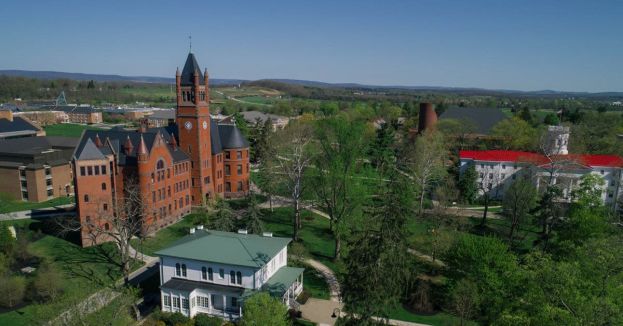 Stories about outrageously woke things going on at colleges and universities have become a distressingly common feature of the news.

Fox News reports on one of the most recent stories coming out of Gettysburg College, a liberal arts institution next to the famous battlefield.

“Gettysburg College has postponed a painting and writing event hosted by its Gender Sexuality and Resource Center for people who are “Tired of White cis men.”

“The private Pennsylvania college offered the event as part of a peace and justice, or ‘P&J,’ senior project, but has since postponed it after it was shared online.

“The event, originally scheduled for Saturday, Nov. 12, told people to ‘come paint and write about how they are tired of straight, White men. “The pieces from the event would then be displayed in the school’s dining hall for the campus to view.”

“One anonymous Gettysburg alumnus told Fox News Digital that he was ‘pretty upset by the event and that ‘as a White, cis male, the fact that basically people are being allowed to discriminate based on sexuality and race is not something that was ever in the Gettysburg that was taught to me.’”

The anonymous alumnus explained that the news of the art show got on social media and created a firestorm of anger at its blatant racism.

“The alumnus told Fox News Digital that he believes the event was postponed because ‘they thought they were going to get away with it until ‘it got shared on to an Instagram thing with 2 million people.’

“’ And a bunch of people saw it, and they went, ‘What the heck?” he said, adding that he believes the event sends a ‘negative’ message to Gettysburg alumni and potential donors.” The alums and donors provide the College with funding and might pull back if they conclude that the institution has gone woke.

One student suggested that Gettysburg College has already descended into wokeness.

“A current senior at Gettysburg College who spoke on anonymity over fear of punishment told Fox News Digital that they were ‘not surprised at all that a poster like this is spread through the college, considering there was a public drag show in the middle of campus three or four weeks prior to this.’”

The College is backing away from the art show. “A spokesperson for Gettysburg College told Fox News Digital the ‘College became aware of a flyer posted by students on the afternoon of November 10th”’ and that the ‘flyer advertised a senior project conducted by a student in the Peace and Justice Program.’