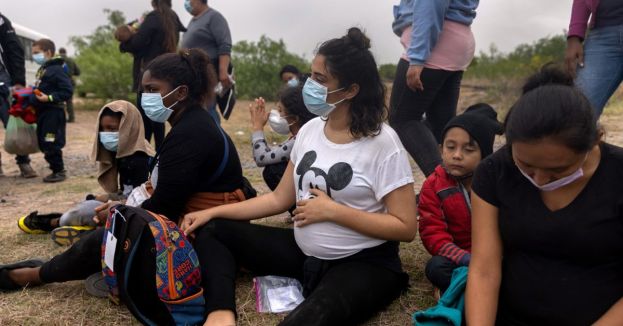 The Biden Administration has become known for almost supporting the migrant crisis at the border.

Fox News reports, “The Office of Refugee Resettlement, also known as the ORR issued new guidance regarding immigrants Thursday. The guidance states that pregnant unaccompanied children (UC) found at the border must be located in states without restrictions on abortion.”

An intake team will ensure that pregnant migrants are located in states that allow abortion and will give them a ride if they like. According to Fox News, “The ORR pledges to provide transportation to pregnant unaccompanied minors to abortion clinics when requested.”

“ORR will, as much as possible, transfer any pregnant UC requesting an abortion to an ORR program that is state-licensed to care for pregnant UC. They will also transport them to an appropriate location to support their health care needs and access to an appropriate medical provider who can perform the requested abortion legally,” the guidance continues.

However, no one is going to be forced to get an abortion. A UC can opt out of an abortion, including if they have religious reasons. The article from Fox News states that a UC must notify the ORR of a pregnancy.

According to Daily Caller, “Shelter officials are instructed to relocate pregnant unaccompanied migrant girls to areas of the country that allow abortion, according to the memo. Migrants that are already in the country can now be relocated as well. The Supreme Court overturned Roe v. Wade in June, leaving abortion legalization up to states.”

It’s baffling how much the Biden administration will do for immigrants and to force abortion down everyone’s throats.