Up To No Good: California School District PAYS Trans Org To Indoctrinate 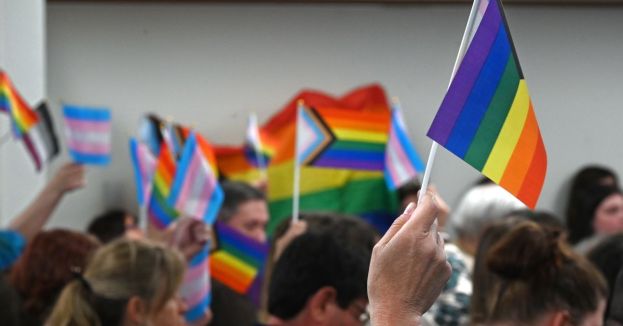 California is the place to go for people that want to experience what it is like to live in a liberal utopia where ordinary people pay big bucks in taxes to support the wasted life of the liberal ruling over them.

But it is also where obscene organizations are popping up and acting like experts in fields of debauchery.

One school District has decided to take funds away from education and pay them to an organization that promotes experts on training staff to understand how a transgender family setup works.

The Transfamily Support Services willingly accepted the money and the invite to come on campus in the Poway Unified School District PUSD in Poway, California. The District intends to pay $3,000 a year for people to go and teach what it means to be transgender.

Wenyuan Wu is the executive director of Californians for the Equal Rights Foundation. He mentioned that the deal between the School District and the TransFamily Support Services TFSS is more familiar than the media makes it out to be. The Daily Caller quoted him as saying, “TFSS has had a long working relationship with PUSD, which has not [been] brought to public scrutiny for lack of accountability and transparency on the part of the School District.”

The school District hid the relationship from parents for as long as possible. And when the state fell deeper into liberal hands, the leadership in the District decided the time to come clean about the deal was at hand.

The Daily Caller also reported on the secret deal that “TFSS and PUSD have benefitted from a strong informal partnership in the past and have collaborated on many efforts to ensure an inclusive setting for all students. TFSS has made mini-presentations to principals, counselors, student services specialists, and a few school sites, as well as assist in the formation and support of Gay-Straight Alliance clubs on campus and as a resource for parents and students.”