Special Treatment: Illegal Immigrants Have Been Living Lavish Thanks To The Feds 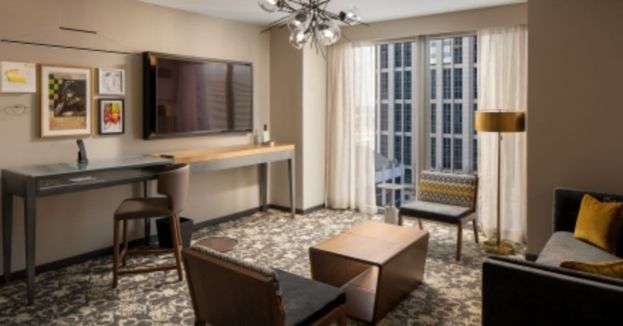 The Homeland Security Department is now fielding questions from the public after new information reveals that they paid for hotel rooms and laundry service for illegal immigrants.

America First Legal is a conservative organization made up of top Trump aides. America First Legal obtained documents through an open records request that revealed some of this information. They found in these records that illegal immigrants were offered meat at every meal, 24-hour access to snacks and drinks, babysitters, television programming in English and Spanish, and even their choice of mattresses for their beds. All of this was paid for on the taxpayer's dime!

The number of illegal immigrants coming through the southern border has gotten so out of control that the Biden Administration has been using hotel rooms to house some of those who have been flooding over the line. This is why the Department of Homeland Security found it appropriate to house them in such acceptable conditions.

This has happened before. The Washington Examiner discovered in 2021 that the White House was spending up to $352.64 per night for beds, food, clothing, and other things for migrants.

A total of 1,239 hotel beds have been reserved in Texas and Arizona to contain all the additional migrants that the Administration expects to come over the border shortly. They even say that as many as 80,000 migrants will surge over the border soon.

Hilton Hotels, Best Western International, Choice Hotels, and InterContinental Hotels Group all participated in hosting the migrants that the Biden Administration housed at this time. This is all part of an $87 million contract with the Immigration and Customs Enforcement (ICE) agency. It seems they are quickly finding ways to spend that contract money, and many Americans are upset.

This all comes at a time when inflation remains near-record high levels, and vast portions of the country cannot even afford the basics for themselves. Thus, they are understandably upset that immigrants that have arrived in the country illegally are having the red carpet rolled out for them. Many Americans want to know why they aren't seeing the same treatment for other groups in our country, such as veterans.

There is a big gap between how illegal migrants are treated under this Administration and how certain other groups are treated. It is upsetting to many Americans to see this, and they want to know why we are all footing the bill as taxpayers.