Not Shocking At All: Study Shows The OVERWHELMING Majority Of Murder Capitols Are... 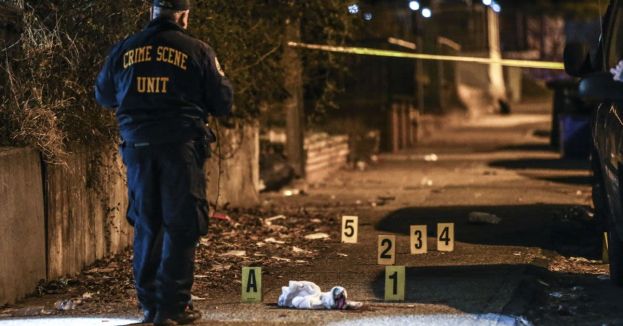 File this one under the news that we expected.

A new study proves that 27 of the 30 worst cities for homicides are run by Democrats. Fox News noted that at least 14 of those cities are run by Democrats who have rouge prosecutors who don't seem to want to enforce the law in any absolute sense. Thus, the criminals are getting away with operating in plain sight, and Democrats seem unwilling or unable to do anything to stop them.

Authors of the study, Charles Stimson, Zack Smith, and Kevin D. Dayaratna, noted in their report that left-wing prosecutors are doing little to stop or reduce crime in their cities. In many ways, they are going in the opposite direction. They are making it clear to those who come to their cities that crimes are not punished nearly as severely as they might be elsewhere.

These authors pointed out that numerous liberal policies on crime, such as cashless bail, prison reform, early release, and a host of other criminal reforms, have not had nearly the impact that Democrats had hoped that they would. Instead of helping the community grow and come together, these reforms are causing criminals to have the opportunity to have free reign over the cities. That drives many people out of those cities who want to escape crime.

Interestingly, despite these facts and statistics, confident Democrats are still trying to shift the blame elsewhere. In a November 3, 2022 interview, former Secretary of State Hillary Clinton tried convincing CNN viewers that Republicans are ginning up crime statistics to turn out votes. This is despite real numbers showing that Democratic cities are where the bulk of the crime is.

Clinton said that she believed that Republicans were doing nothing about crime and using it to scare voters to the polls. This doesn't make much sense because Democrats are in complete control of Congress and the White House at this time.

Many Republicans were running up and down the ballot at the moment at running on anti-crime agenda. Shifting blame away from Democrats onto Republicans seems like more of an election tactic than anything else at this time.

Thus, it seems like Democrats might struggle to develop a message to close in on the campaign. It will be interesting to see if this bizarre messaging works on any voters.