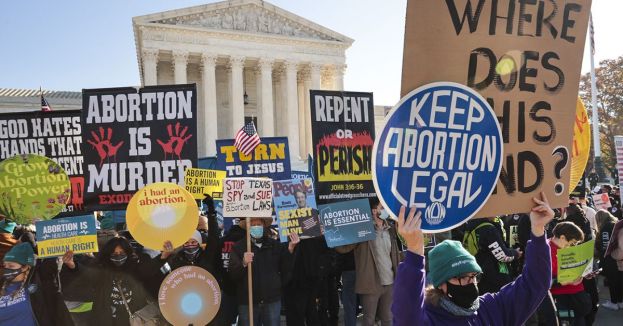 Tim Ryan, the Democratic candidate for the US Senate in Ohio, flipped his position on abortion to try to win favor with Ohio voters.

This is the latest accusation against him after saying he opposes late-term abortions. He says that now, but he voted in the House of Representatives for unlimited access to abortions on many occasions. Thus, it seems that Ryan is not consistent with his position. He is merely striking out to take his best shot at convincing Ohio voters that he is on their side.

He spoke with Fox News and said the following:

"I don't think we should have abortions later in the term unless there's a medical emergency,"

That might sound great to some voters in Ohio, but it flies in the face of how he has voted in the past. It is not unlike a politician to say one thing and do another, but it concerns many voters that he is blatantly going against the way he has voted. Which side of Tim Ryan are they supposed to believe?

Republican candidate J.D. Vance's campaign said that the Tim Ryan campaign is again lying to Ohio voters for political gain. They say that he voted in favor of late-term abortions when he was in the House of Representatives, which is far outside the range of beliefs that the average Ohio voter has. Thus, they feel he is doing nothing more than speaking out of both sides of his mouth.

Many people wonder what is going on with the Tim Ryan campaign and why he behaves the way he is. They feel like they are being pandered to, while the Vance campaign is giving them the straight story about what J.D. Vance believes.

Tim Ryan continues to try to paint himself in the light of being for the working class person in Ohio, but his voting record shows that he is willing to vote against the issues that they believe in. He seems caught between wanting to attract conservative Ohio voters to his cause and simultaneously appeasing his base of liberal voters.

With all that in play, there are questions about how this race will turn out. It seems likely that the state of Ohio will swing away from Tim Ryan. J.D. Vance has enjoyed a slight polling advantage heading into Tuesday's election.