More Fearmongering: House Democrat Has Some Nasty Rhetoric About Republicans Ahead Of Midterms 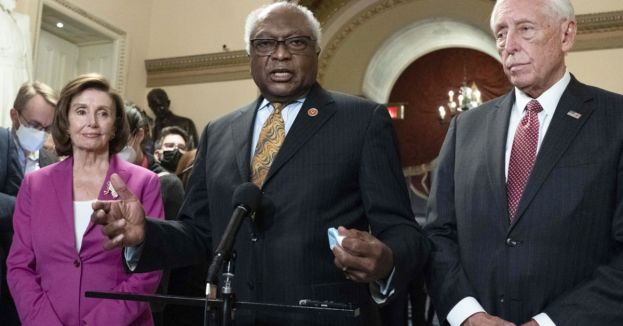 Whip James Clyburn is a Democrat from South Carolina.

He blamed the Republicans for their attack on Nancy Pelosi’s husband. He maintains that the far right has made Pelosi out to be a wrong person, and that led to the attack on her husband.

Fox News reported that Clyburn stated, “This country is on track to repeat what happened in Germany when it was the greatest democracy going when it elected a chancellor that then co-opted the media. This past president called the press the enemy of the people. That is a bunch of crap. And that is what’s going on in this country.”

And yet every violent protest in America has been Democratic-based. The liberal politician defended the liberal-controlled media and blamed former President Donald Trump for how the media is viewed. And that somehow led to the attack on Paul Pelosi. He continues to push that Republicans are somehow pushing violence when things do not go their way.

Fox News also pointed out that “President Biden gave an impromptu speech on Wednesday, his last major address before Election Day, in which he seemed to point the finger at the right for the Paul Pelosi attack while also accusing Republicans of supporting political violence, election denialism, and voter intimidation.”

The Democrats know that they are going to lose significantly in the midterms. They have resorted to blasting Republicans and making them out to be villains when, in fact, they are the ones that are saving the country from becoming a socialist nation.

Fox News also reported that “Though the South Carolina Democrat decried the right’s ‘demonization’ of Nancy Pelosi that he says is to blame for the attack, Clyburn doesn’t see Biden’s frequent vilification of ‘ultra-MAGA Republicans’ as equivalent.” Just another example of the left thinking that they can do no wrong.