Watch: Liberal Congressional Candidate Can't Even Answer A Simple Question About This... 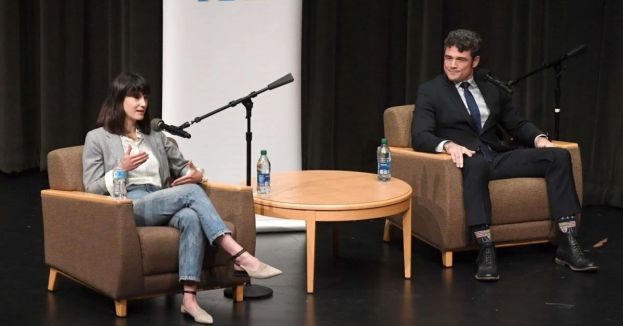 Marie Gluesenkamp Perez is a Democrat running to serve the third congressional district in Washington.

She was asked what she thought about men playing in women’s sports; all she could do was dodge the subject. Her woke views dominate the way she thinks and responds. Joe Kent is the Republican running against her. Her answer amused him that he had to share it with everyone who would watch his tweet.

During the debate, Perez asked, “Do you support biological males competing in biological female sports?” And she would respond by saying, “Um, I think, that is — the — it’s complicated, it depends, when did they transition? What are their hormone levels? I mean, when you really look at — athletes have all different natural hormone levels so it is a nuanced question.”

Perez could not admit that men and women should compete on a different level. So all she could do was stumble around on her words and avoid the question. But the person asking the question kept pushing.

The Daily Wire reported that Perez would stumble by saying, “It depends on the scenario.” People in the audience demanded that she stop dodging the question and answer.

After being pressed several ways, Perez would finally admit, “Yeah, I don’t think you’re understanding the nuance of these issues.”

The liberal Democrats know they cannot reveal they're true intentions so close to the midterm elections. They know that the majority of the American people do not approve of what they are trying to do to the country.

People that hold to the woke idea are finding themselves being cast to the side and losing their respective races. The Republican Party is the only political group fighting for America's future.