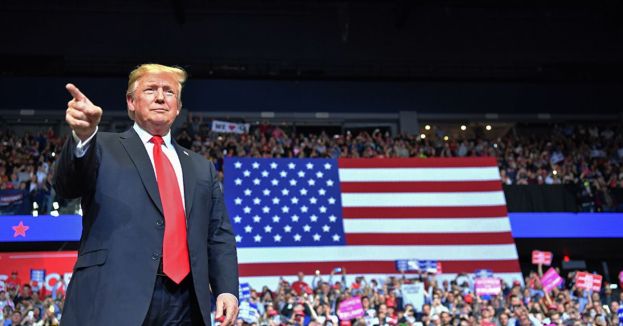 He announces on the news that he’s made up his mind about the 2024 election. Meanwhile, the rest of the Americans eagerly wait for the official announcement. Now, we might finally get one.

NYPost reports, “One source added that November 14, the Monday after the midterm elections, is the likely date the 45th President will launch his bid. Another source said an announcement would come sometime this month, but they had not heard of a specific date.”

According to Breitbart, “Axios cites three sources familiar with the conversations about Trump’s announcement. Sources claim the former President will announce his run for President on November 14.”

Breitbart continues, “‘Not commenting on the never-ending media speculation and constant rumors,’ Trump spokesman Taylor Budowich said in a statement to Breitbart News when asked about the report. ‘As President Trump has said, Americans should go vote up and down the ballot for Republicans. He will continue that message tomorrow night in Pennsylvania.’”

However, he teased once again about the announcement in Iowa last week. Breitbart says, “‘To make our country successful and safe and glorious, I will very, very, very, probably do it again,’ he said as the crowd cheered.” After that, he instructed the crowd to get ready.

However, everyday Americans aren’t the only ones getting ready. According to Breitbart, “CNN reports the Justice Department is considering whether or not to name a special counsel to handle the federal investigations into Trump’s handling of classified documents and his attempt to pressure officials in Georgia to scrutinize the 2020 election results, should the former President announce another run for President.”

It’s exciting to hear that Americans will finally get an announcement they’ve been waiting for, which this country desperately needs. However, it’s bittersweet because Trump must also prepare for the same witch hunt to continue.