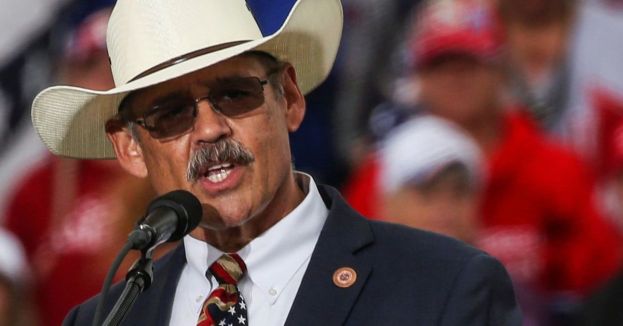 Social media often comes under fire for meddling in what users do and do not see.

This tactic influences elections in a drastic way, but now we’re finally getting some help in that department.

Mark Finch, a Republican, was temporarily banned from posting on Twitter. According to The Blaze, “On Monday afternoon, candidate Finchem posted a screenshot on Truth Social. The screenshot was of a notice that declared his Twitter account had been temporarily placed in read-only mode. According to the notice, it was because he had supposedly violated Twitter’s rules.”

The Blaze says, “‘Twitter has blocked my account from speaking the truth. The Twitter ban happens with only one week left until the election. They are attempting to once again put their thumb on the scales of this election to weigh in their favor—someone tag Elon Musk. Tell him to unban me right now. I am the Secretary of State nominee in a swing state. I’m running against the criminal Soros-funded candidate,’ Finchem wrote.”

Apparently, Elon Musk got the message. Several people and outlets tagged the Twitter owner calling on him to remedy the situation. After a response that he would look into it, the Arizona Republican candidate could post on Twitter again. The Blaze reports, “Arizona state Rep. Mark Finchem, a Republican, was briefly sidelined on Twitter. Then, he was quickly reinstated in under one hour. The reinstatement comes after Elon Musk took notice of Finchem’s plight.”

Per Media Right News, “Thank you@elonmusk for stopping the commie who suspended me from Twitter a week before the election. Twitter is much better with you at the helm,” Finchem declared after being able to post on the platform again. Democrats are now known for attempting to manipulate elections using every tool they can, including social media platforms. It’s nice that at least one person allows people to speak the truth.