White House Accuses Republican State Of Trespassing Because Of This Move... 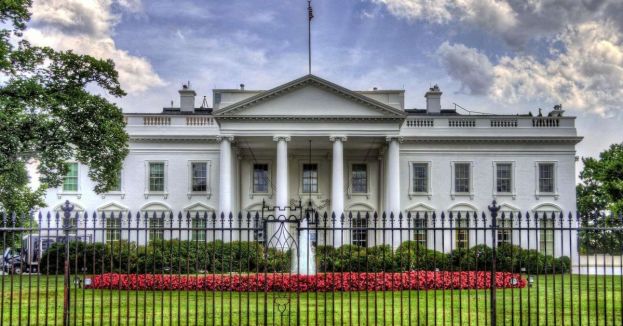 The immigration crisis continues to overwhelm border states as millions come to America illegally via the southern border.

Border patrol guards remain overwhelmed, and the Biden administration refuses to take action. Now, Arizona governor Doug Ducey takes it upon himself to take action and faces backlash from the White House.

Fox News reports, “Ducey announced last week he would have crews install shipping containers along a section of the border. The shipping continues will be used to fill gaps not covered by a border wall. The announcement from the Arizona governor came two weeks after federal officials ordered Ducey to take down the shipping containers he had placed. They are located in the southwestern part of the state.”

Fox points out, “The shipping containers were put in place in August to fill gaps in the border. Ducey said the placement of the shipping containers was pushing back against ‘the inaction of the Biden administration regarding stopping illegal migrants from entering the state via the souther border,’ according to the Associated Press.”

Ducey then sued after he was ordered to remove the containers and stated he wanted to keep at least 100 of them. However, the Biden administration doesn’t agree. The current plan is to use containers to build a border on a 10-mile section of the southern border.

Fox News says, “The Biden administration continues to demand the Arizona governor remove the barriers. The administration claims that the state is trespassing on federal lands.”

According to some, the Department of Homeland Security is under contract to fill those gaps, even though they have done nothing.

Republicans agree that it’s trespassing, but they have a point. Fox News says, “‘They say this is federal land, and it is. It would supposedly be trespassing to put these shipping containers on there,’ Yuma Mayor Douglas Nicholls, also a Republican, said in an interview with Fox News. ‘Well, I contend that 300,000 illegal immigrants that have come through this year alone have been trespassing. I don’t remember seeing a letter going out to anybody to try to stop any of that.’”

Likewise, I don’t recall hearing about a letter addressing the trespassing from illegal immigrants. The Biden administration will do anything to disrupt this country and Republican-led states. It’s disgusting.