They Will Stop At Nothing: Virginia Mom Calls Out School Over BLATANT Anti-2A Propaganda 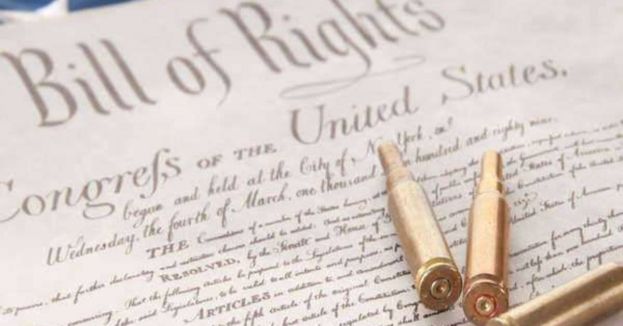 Fox News reports, “The concerned parent, Darcey Geissler, sent Fox News Digital the essay that made a case for gun control. Geissler called the assignment a poorly written and legally inaccurate essay in response to the principal. It was written by an adult parading as a child and is used to advance a political agenda once again.’”

The parent explained this wasn’t a great way to teach persuasive writing. Fox News says, “Geissler told the principal directly in an email, “When I was in law school, our first assignment on persuasive writing - a skill necessary to be a lawyer - was on whether or not a misspelling in a deed was sufficient to pass a title. Not exactly a sexy or emotional issue. We were not handed Roe v. Wade, the 2nd amendment, or climate change, even though we were law students with significant education and life experience.”

The article continues, “‘The reason we were not given hot-button issues when first learning to write was that to learn persuasive writing, it is imperative that the skill not be clouded by the issue before the skill is learned,’ she continued in the email.“

Geissler lives in a mainly liberal area and supports the 2nd amendment. According to her, at least one of her children was emotional about the assignment. Fox says, “Geissler has six children in her household, including three biological and three foster children. She said that her son was upset about the assignment because their family supports the Second Amendment.”

Recent reports show that children have significantly fallen behind in reading and math due to the pandemic. It’s time that schools focused on that instead of finding new ways to indoctrinate children with woke beliefs.