Time To Wake Up To Reality: WATCH Democrat Get Massively Booed At Parade 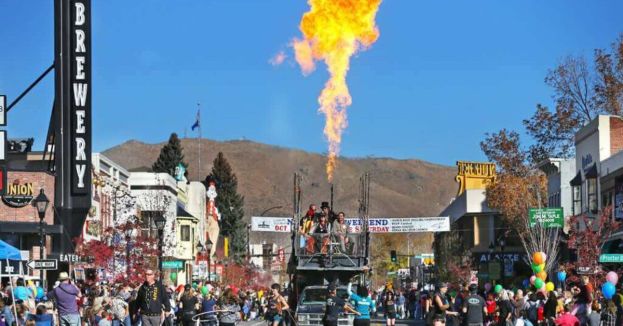 Democrat Sen. Catherine Cortez Masto (D-NV) did not receive the warm reception she might have hoped for at the 84th annual Nevada Day Parade in Carson City, NV.

Senator Masto is already in a tight re-election battle in a state that is decidedly a toss-up this cycle. She was met by a chorus of boos from the crowd assembled at the parade this year.

GOP U.S. Senate candidate Adam Laxalt's campaign was pleased to report the lukewarm to hostile reception by the crowd there. The campaign released social media messages that stated:

"The crowd in Carson City booed Catherine Cortez Masto hard today. It's no surprise! Nevadans don't want a rubber stamp for Biden representing them in the Senate."

At the same time, the Laxalt campaign showed the crowd's reaction with cheers and celebrations as Laxalt floated by on a float in the parade. The contrast was stark, and it goes to show that Democrats might need to be seriously concerned about their candidate's chances in the state.

The midterm election is fast approaching, and Democrats hoped to hold this seat to stave off a GOP takeover of the Senate. The Senate is currently divided evenly at 50 Democrats and 50 Republicans. However, with Vice-President Kamala Harris serving as the tie-breaker vote, the Democrats effectively have a majority in the chamber. That might change after the November election. Republicans have their eye on this Nevada seat and potential flips in Arizona and Georgia.

Democrats also have several GOP-held Senate seats that they are targeting, including Pennsylvania, North Carolina, Florida, Wisconsin, and Ohio. However, polling has started to move away from Democrats in all of those seats in recent days. Meanwhile, Republicans are beginning to look far more competitive in many seats and even appear to have at least a slight advantage in places like Nevada.

Laxalt quickly points out that Nevadians are sick and tired of a rubber stamp for the Biden Administration, as he puts it. He says that they want something different for their state and the country. He hopes to flip this seat out of Democratic control and over to the Republicans. If he pulls it off, it becomes much harder for Democrats to retain their majority in the Senate.