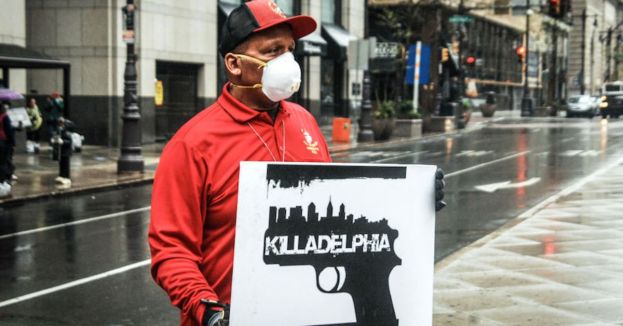 A former sheriff's deputy for Philadelphia, PA, is under arrest after it was uncovered that he sold some guns used in a recent school shooting.

Allegedly, the deputy sold guns that were later used in a school shooting in Roxborough, Pennsylvania, according to reporting by Fox News.

29-year-old Philadelphia resident Samir Ahmad is the name of the former deputy, and he was arrested on these charges this week. The charge was the unlawful selling of a firearm to a person who was not in the United States lawfully. Additionally, he was slapped with a firearms trafficking charge as well.

The alleged sale of these weapons happened while Ahmad was a member of law enforcement. He first became a sheriff's deputy in 2018. Jacqueline Maguire, who heads the FBI's Philadelphia Field Office, spoke about the incident and said the following:

"The idea of a sworn public servant so blatantly undermining public safety is reprehensible,"

It turns out that Ahmed allegedly made about $3,000 from the sale of two firearms during this unlawful transaction. It turned out that one of the people that Ahmed sold the guns to was an informant, and the informant let Ahmed know that he was in the country illegally and that they could both get in trouble for this transaction. Ahmed replied that the informant didn't need to worry about that.

Sadly, some of the guns sold were allegedly used in the September 27th school shooting in the area. 14-year-old Nicholas Elizalde was killed, and four other students were injured in the shooting.

There are three people connected to the shooting that the FBI has already arrested. They are also actively searching for a fourth person that they believe to be connected to the shooting. Details about who the fourth suspect is or their connection to the case have not been released by the FBI, but that is likely due to the probable age of the suspect (who is likely a minor).