'The Whole Point Of Halloween': Students REJECT University Policies Regarding Costumes And Celebrations 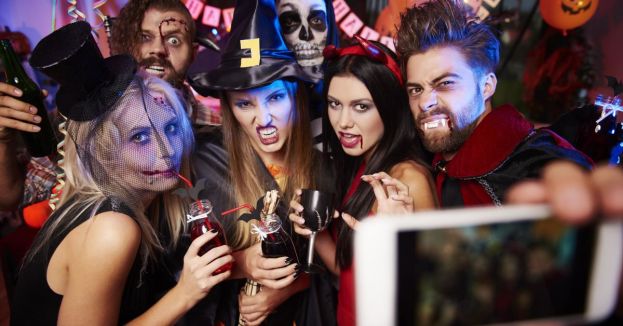 A report by Fox News has students stepping up and speaking out against ‘woke’ colleges warning students about offensive Halloween costumes.

The students not in agreement with this mode of thinking expressed their opinion by saying, “Don’t think that’s their place.”.

Colleges across the country are pushing their opinion that students engaging in ‘cultural appropriation when choosing Halloween costumes should not occur and offering tips on ways to avoid offending others. Students are adamant that it is not their (college’s) place to tell them what to wear.

The University of Wisconsin-Madison’s webpage dedicated to “Halloween cultural awareness” supports the avoidance of costumes that are “racist, crude, or culturally insensitive.” The webpage also states, “When somebody adopts aspects of a culture that’s not their own, it is often viewed as disrespectful when cultural elements are copied from a marginalized culture by members of the dominant culture and used outside of their cultural context.”

A sophomore at the University of Wisconsin-Madison, Julian Noeske, told Fox News Digital that the guidance the university is supporting regarding Halloween costumes is “very ridiculous.”

Noeske said, “I’m an Asian American. I think it’s very ridiculous for a school to tell a student that you cannot wear other culture.” “I think it’s kind of flattering when people do that because it shows that they acknowledge my culture’s existence.” “I believe that, you know, it’s up to the student to make and dress any culture that they want.”

Chairman of the University of Wisconsin Young Americans for Freedom chapter, Harrison Wells, told Fox News, “I don’t think the university has any place in telling students how they should dress. Especially off campus. Nonetheless, on campus for Halloween. I don’t think that’s their place at all.”

Wells added, “I think that this just kind of goes on the pattern that the University of Wisconsin-Madison and many other universities across the campus try to do. They’re just pandering to the small minority of people on campus who are extremely loud in the university. Time and time again can lose their needs and feel the need to address issues that just don’t exist. No one truly feels offended by someone wearing a costume. I mean, and if you do that, it’s something you need to work out.”