The Verdict Is In: Senate GOP Report Released On Lab-Leak Theory 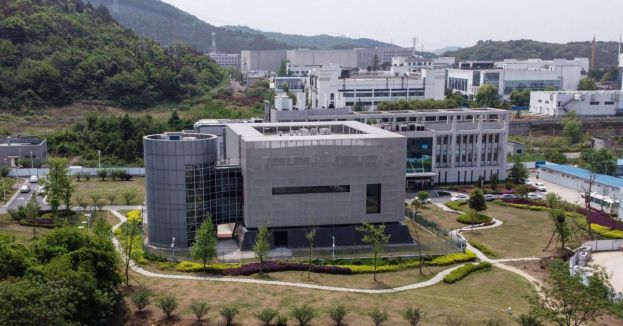 Senate Republicans have taken the opportunity to publish a report about the suspected origins of the COVID-19 pandemic, and it flies in the face of some of the theories posed by scientists at the beginning of the outbreak.

North Carolina Republican Sen. Richard Burr took the lead on creating and publishing this report, and his team found that it was highly likely that the COVID-19 virus began as a lab leak in Wuhan, China, in mid to late 2019. This is different from the official story of it somehow starting as a result of an individual eating a bat.

The report found the following, according to Fox News:

"While the precedent of previous outbreaks of human infections from contact with animals favors the hypothesis that a natural zoonotic spillover is responsible for the origin of SARS-CoV-2, the emergence of SARS-CoV-2 that resulted in the COVID-19 pandemic was most likely the result of a research-related incident,"

Senators who worked on this report cited many safety concerns at research plants in the Wuhan area before the outbreak. They suggest that the Chinese government should have adequately addressed those concerns. Thus, improper handling of specimens in the research facilities might have caused the virus to leak into the public in ways that had never been previously seen before.

The committee that worked on the report said that it was a comprehensive review of data that is both open-source and available to the public. In other words, they were taking a closer look at data that already exists and is available for anyone to read.

Conventional sources are used in the report, such as the Washington Post, the Associated Press, and the World Health Organization. The committee wanted to clarify that they were not pulling from conspiracy-minded sources when concluding.

In June of this year, the WHO recommended that the origins of the pandemic be looked at again and more closely, and that is precisely what Republican Senators have done in this case.

In 2021, the WHO concluded that it was "highly unlikely" that the pandemic began due to a lab leak. However, they appear to be backtracking on those claims at this time.