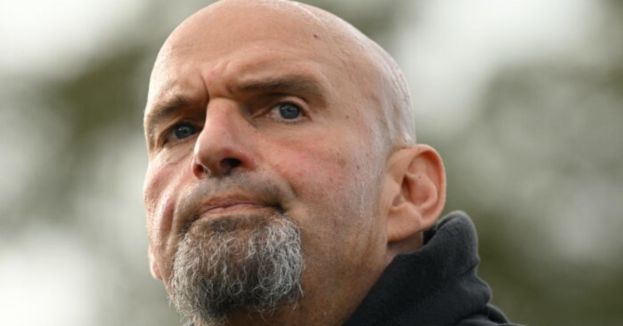 Holt lost her daughter to Fentanyl poisoning and was none too pleased with Fetterman’s response in his debate with GOP candidate Dr. Mehmet Oz.

The Democrat supports Philadelphia District Attorney Larry Krasner, who has come under fire for progressive crime policies as violence continues to surge at record-high levels in the City of Brotherly Love.

Holt said, “This is [really] not a message just for John Fetterman. [That’s] what I’m speaking to are the moms. The families who have lost their kids to Fentanyl poisoning, and anyone. Regardless of whether it’s John Fetterman or any other politician who is running it. They have to realize that victims’ rights, my rights as a parent, my daughter’s right to be alive [is] not something that you can ‘just’ blithely push away. That’s unacceptable.”

Holt shared with co-host Todd Piro how difficult it is to put a murderer in jail and how painful the process is for the victims’ families. She continued, “For John Fetterman or any politician at this point to say to families across the country that we need to let more people out of prison is just so insulting.”

According to a recent poll, voters in Pennsylvania are concerned about the issue of violent crime, which may be why Dr. Oz is within two percentage points of Fetterman.

In a Fox News op-ed this month, Dr. Oz wrote, “Over the past two years–under the Joe Biden and John Fetterman agenda, violent crime has surged in our communities. Just last year, Philadelphia broke its all-time homicide record with 562 deaths and is maintaining that pace so far this year with more than 400 homicides and over 1,000 carjackings for the first time [ever].”

Holt, echoing the sentiments of many Pennsylvanians, said, “That’s unacceptable.”