This Is Unacceptable: San Francisco Residents Are Now Arming Themselves Just To Walk To Work 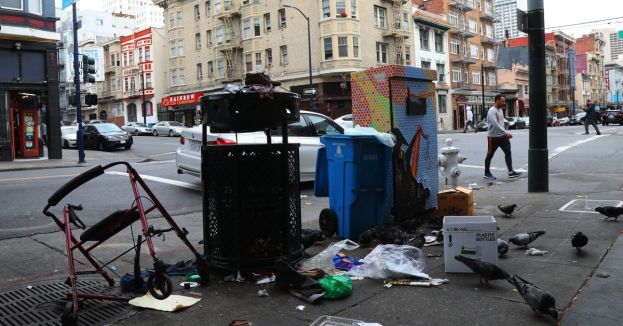 Unfortunately, the new sobering facility has attracted violent drug addicts to what used to be a peaceful neighborhood.

The Post Millennial reports, “According to local news, a 31-year-old person that lives in the neighborhood named Ghis says, ‘More troublemakers are settling in. They feel comfortable doing their drugs. They’re pissing and sh*tting in the street and blocking the sidewalks,’ all because of RISE.”

Not only are residents unsafe, but businesses are also going downhill. Former customers are staying away due to the decline in safety. According to The Post Millennial, “‘They’re letting their clients come out here and get high. Then, they go inside and get sober just to get high again,’ said Mark Sackett, a businessman who said the drug-addicted itinerants have cost him $100,000 in lost business.”

The article continues, “Bill, another local, said that since the location opened, ‘Every morning it’s a game of roulette. When you go to your office, will there be around 10 people passed out on the sidewalk in front of your building?’ Are those same people going to be violent and put you in danger? This was never a problem before HealthRight 360 moved in.”

HealthRight 360 operates the SoMa RISE center. The city claims that it was the right thing to do. The Daily Mail reports that Democratic San Francisco Mayor London Breed said at the center’s opening, “Our city is experiencing substance use and mental health crisis that sadly affects far too many residents. As we continue to address the challenges on our streets, we need to do everything that we can to focus our resources and efforts on those who need it most.”

Residents and business owners continue to complain, and they continue to be ignored. If something puts other residents at risk, it shouldn’t be there. However, Democrats don’t seem to be concerned with the safety of their communities, as usual.