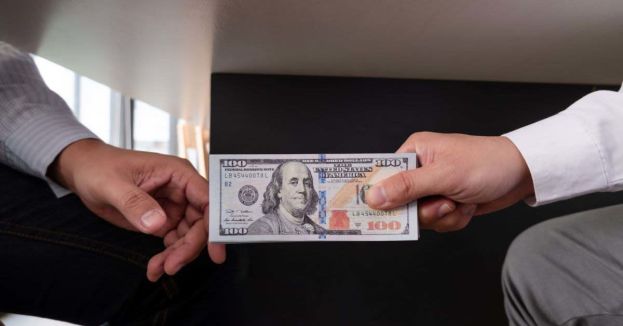 People know that if they want to get rich, they must get to know a Democrat or at least be related to one.

Maxine Waters and James Clyburn have been paying family members thousands of dollars ahead of the midterm elections.

The way the Democrats justify their payments to family members is that they have hired them as consultants and campaign employees. Since 2003, Karen Waters has been paid $1.2 million from campaign funds. Waters paid her daughter $16,000 because she was organizing the mail operations.

Fox News found and reported that “A Federal Election Commission (FEC) filing this week by Citizens for Waters shows that Karen Waters received a total of $16,000 from the committee this quarter for ‘slate mailer management fees.’”

The concept of slate mailing is not a common practice during election time. The hired consulting firm creates a letter and sends it out to voters. They are telling people how to cast their votes for the upcoming election.

Fox News also pointed out that Clyburn, the House majority whip, also has a history of shelling out campaign money to his family members. According to FEC records, his re-election campaign paid $7,500 for ‘office rent’ in August to a company called 49 Magnolia Blossom LLC.”

The Democrats know exactly how to buy family loyalty and get away with handing out money all in the name of campaign services.

Fox News also reported that “Clyburn’s grandson, Walter A.C. Reed, managing Clyburn’s re-election campaign, received five $3,500 payments between July and September, totaling $17,500, from Friends of Jim Clyburn. Reed also received a $500 ‘travel stipend’ in August and a $223.87 payment for ‘vehicle repair’ in September from the campaign.” Since last October, he has received over $75,000 from the Clyburn campaign.”

The practice of paying family members may be legal. But ethical dilemmas arise when exorbitant sums of money come missing because of services rendered.