What The Durham Trial Revealed About the FBI Will Shock You 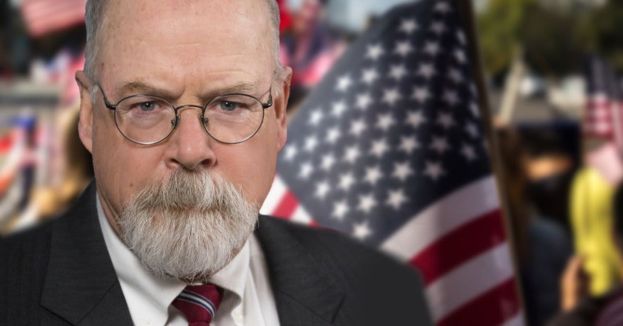 Information in the Just the News article notes Special Counsel John Durham is leading the investigation.

Igor Danchenko is on trial for lying to the FBI throughout the probe involving Russian collusion. Danchenko was the primary source for Christopher Steele’s dossier. The former British spy also became a paid informant for the FBI.

Durham showed agent Kevin Helson evidence that he had previously been warned that the informant he was using was possibly working with Russian military intelligence.

Helson did not heed the warnings and recommended the agent be compensated with payments of as much as $500,000.

During questioning, Helson admitted to never alerting the FISA judges of the FBI’s prior investigation into Danchenko as a Russian spy from 2008 to 2010. The FBI, in turn, deliberately falsified information provided to the court, saying the bureau had no derogatory information on Danchenko.

The FBI also had allegations that Danchenko had attempted to offer money to Americans in the Obama administration for classified information.

According to the Just the News article, the evidence is mounting that shows warnings received by the FBI that information being supplied to the bureau to use against Donald Trump was nonexistent Russian collusion and that the information was a campaign supported by the intelligence services of Vladimir Putin.

Retired FBI intelligence chief Kevin Brock said the FBI had significant evidence that questioned Danchenko’s reliability and Steele’s dossier that was withheld from the court. He said, “It’s more than derogatory information.” “That’s something to be worried about. And the court deserves to know that information.”

Former House Intelligence Committee Chairman Devin Nunes said the FBI turned a blind eye to the evidence proving there was no collusion and the lengthy probe was political.

Nunes told Just the News, “Look, I don’t know how you describe this $1 million payment or potential payment to Steele as anything other than what it is.”: It was a bounty program to get Donald Trump. That’s what it was, plain and simple.”