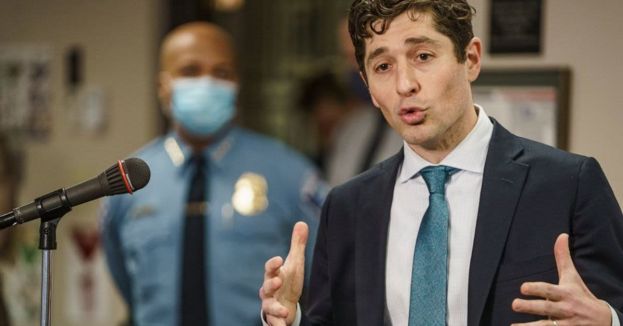 Now, one Democratic mayor is coming close to quoting Obama while he compares buying guns to fresh apples. What?.

The Daily Wire reports, “Frey, who has been burnishing his leftist credentials for years, perhaps was channeling his inner Barack Obama. In 2016, Obama made the startling claim at a memorial service for Dallas police officers killed by sniper fire,’ We flood communities with so many guns that it is easier for a teenager to buy a Glock than get his hands on a computer or even a book.’”

Obama was being overdramatic when he said that. We can all get books from a library. According to the same news source, he made a similar claim in 2015. The Daily Wire points out, “Frey may have been channeling Obama circa 2015, when Obama stated, ‘There are neighborhoods where it’s easier for you to buy a handgun and clips than it is for you to buy a fresh vegetable.’”

However, Mayor Jacob Frey of Minneapolis sounds even more extreme with his claim that getting a gun is more accessible than buying a fresh apple.

According to the Daily Wire, Frey said, “The underlying issue is that there are areas in the Twin Cities, in Minneapolis, where it is easier to buy a gun than a fresh apple.” “Why is that?”

There are gun shops in my city, and I can assure you that it’s far easier to pick up a fresh apple than a gun. The left continues to overreach and use extreme remarks to justify stepping on the rights of hard-working Americans. However, this does come from the same guy that declared March 10 as Abortion Provider Appreciation Day. According to The Daily Wire, this day just so happens to fall during an annual Lenten prayer campaign to end abortion.