Watch: Governor DeSantis Says Most Of Post-Hurricane Looting Is By Illegals 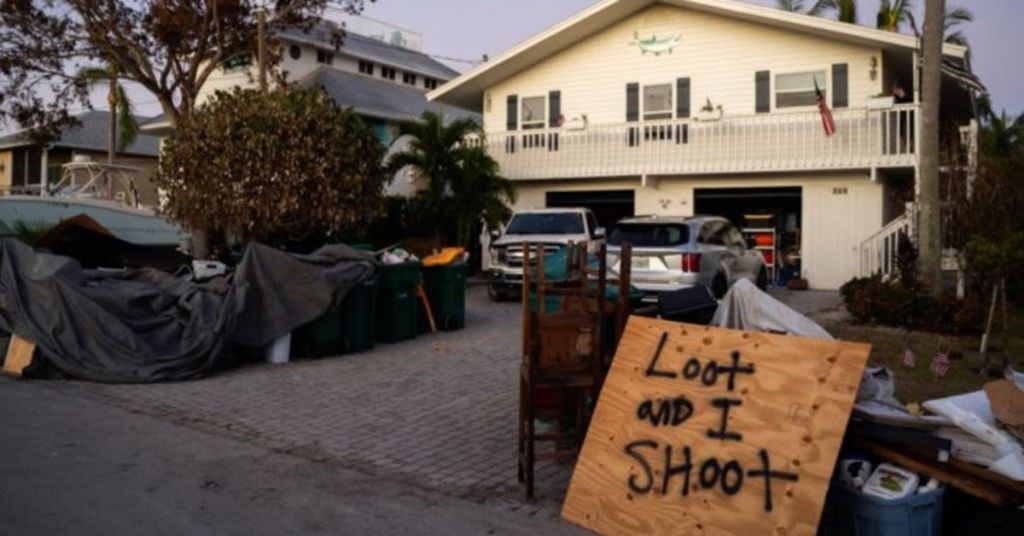 Sheriffs warned looters about the consequences after discovering that people were attempting to capitalize on the destruction of Hurricane Ian.

Now, DeSantis informs us that most of the people arrested for looting aren’t even here legally.

DeSantis states, “Three of the four are illegal aliens. These are people that are foreigners. They’re illegally residing in our country. Not only are they here illegally, but they tried to loot and ransack Florida in the aftermath of a natural disaster. They should be prosecuted, but they must be sent back to their home country. They should not be here at all.”

The article continues, “[T]hree of these subjects are here illegally in this country — Robert Mena, Brandon Araya, Stephen Araya — all arrested for stealing bottles on Fort Myers Beach during the hurricane,” Sheriff Marceno noted. “They were located and arrested. And I’m going to tell you I’m not tolerating it again.”

The Daily Caller says, “Republican Gov. Ron DeSantis warned potential looters on Friday that Florida was ‘a Second Amendment state’ and looting is unacceptable. DeSantis stands behind Sheriff Marceno, saying that looting is not okay in his state. His remarks prompted criticism from MSNBC host Joy Reid, who compared him to a segregationist sheriff.”

Thankfully, Republican Governor DeSantis and law enforcement are taking action against looters. It’s refreshing to see a state that is tough on crime and believes in keeping residents safe.