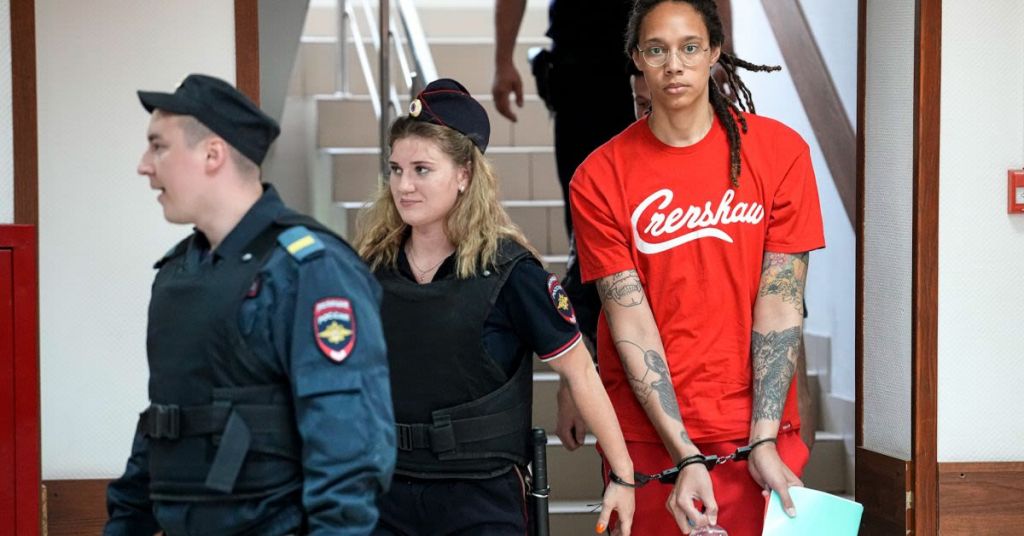 According to Russian media, the appeal date for imprisoned American basketball player Brittany Griner is set for October 25.

Griner is an all-star player in the WNBA and plays for the Phoenix Mercury. Her arrest in Russia came in February. Her charges are possession of a vape canister that contained cannabis oil. She says that she brought the items to Russia inadvertently.

Her arrest came just four days before Russia invaded Ukraine. She was sentenced to nine years in prison in August. Griner spoke ahead of her verdict and stated that she never meant to hurt anyone or put the Russian population at any level of risk at all. She said that it was an honest mistake and that she hoped that her life doesn’t have to end here in Russia due to an honest mistake.

Griner also mentioned that she knew everyone was taking political pawns and prisoners but hoped it wouldn’t be the case in the courtroom she was dealing with. Unfortunately for her, the jury didn’t take her words to heart. They sentenced her to a nine-year sentence, just below the maximum ten-year sentence that could be issued for these charges.

President Joe Biden has called the sentence unacceptable and demanded Griner’s immediate release. That has not happened yet, but there is talk in the air about a potential prisoner swap deal between the United States and Russia that may involve obtaining the release of Griner in exchange for Russian prisoners held in the US.

Griner was in Russia to participate in their basketball league during the off-season for the WNBA. She plays for UMMC Ekaterinburg in Russia, but she has been unable to play since her arrest.

Her team competes in the Russian Premier League and FIBA Europe’s EuroLeague.

It is common for WNBA players to join international teams to supplement their income. Many can make more money competing on the international level than they can earn in their domestic market.

Maria Blagovolina is the attorney for Griner and says that her client only brought the cannabis into Russia by mistake. She says that Griner only used marijuana while she was in Arizona. It is legal to use in the state of Arizona.

Although there is talk about a possible prisoner swap, the White House has stated that Russia has not responded to its serious offer to perform a prisoner swap.