A Little Self-Reflection: NYC Mayor Blames Own Party and Biden For Flooding Of Illegals 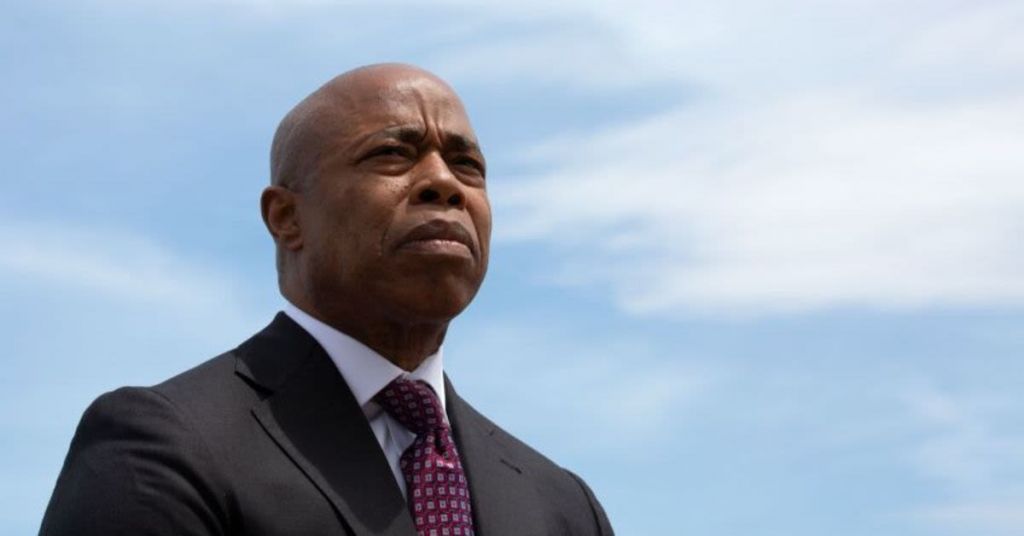 New York Mayor Eric Adams has issued a complaint about the Biden Administration and its lack of effort to do anything about securing the border.

In a brief statement from City Hall, Mayor Adams spoke about how his party had remained silent on the issue of illegal immigration for too long. He also took the opportunity to say that he believes the far right is wrongheaded in its approach to illegal immigration. Still, the part of his statement that caught the most attention was that he laid the blame at the feet of the Biden Administration.

The New York Post reported on the story and noted that Adams made remarks about both political parties in his comments.

A record high of 1,659,206 illegal immigrants crossed the Southern border in 2021, and New York City has become a place to which many of them have gravitated. This influx is in part due to the efforts of Texas Governor Greg Abbott. He decided that one way to get the attention of people from other states about the continued immigration crisis at the southern border was to send some immigrants up to other states in buses. That is what he did.

New York City was one of the target destinations for illegal immigrants to be bused, but other liberal-run cities were also on the map. Ever since this began, many Democrats who run operations in those cities have been complaining loudly about the tactics of Abbott and others.

With more migrants than ever flooding into New York City, Mayor Adams admitted in September that it might be time to reconsider the “right to shelter” policy NYC had in place over all of these years. He said that his city could not handle the influx of immigrants bused in from elsewhere since this all began.

Adams even went so far as to say that New York City’s systems are “at a breaking point” with the influx of migrants. He also said, “no city official could have managed to contemplate how to manage such an influx.”

Right now, Adams is working with Norwegian Cruise Lines to temporarily provide shelter to migrants on their boats until the city figures out a more concrete plan. The migrants would be allowed to go and stay as they pleased on the ships. It is far from the kind of solution that will work in the long run, and it is certainly not the dream scenario for liberals, either. In other words, it seems like the city of New York has essentially run out of ideas for what to do about the migrant crisis, and now they are simply running on fumes trying to figure out what to do.