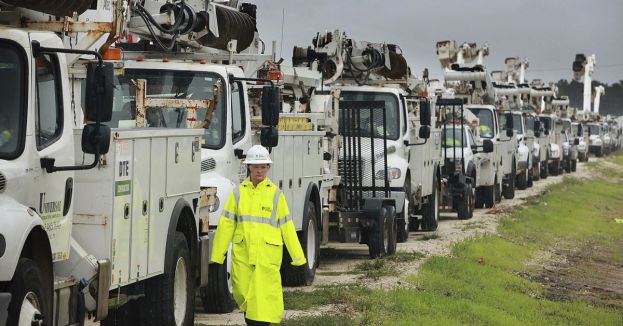 Out of the damage, one positive thing came to light: the Florida Power and Light Company (FPL) and its transmission conduits. The job of the conduits is to transport high-voltage electricity. Fortunately, the components survived the ravages of the hurricane.

According to The Florida Standard, transmission conduits have received significant investments for the past 20 years to ensure the energy grid is strong and resilient to severe storms like Hurricane Ian. Because the efforts focused on a more robust grid, FPL restored power to customers within a few days following Ian’s impact, which meant faster power service to 1.2 million customers.

FPL’s CEO Eric Silagy said over the weekend that burying power lines and replacing wooden poles with steel or concrete had paid off. Also, according to Silagy, the transmission structures had stood firm, and the underground power system had done a better job than above-ground poles and wires. “We are not [really] rebuilding our system as much as we thought we [were going to],” Silagy said in a Saturday evening news briefing.

The Florida Standard also reported that Governor Ron DeSantis commented on Saturday about the statewide power restoration efforts. He said:

” If you look at what’s happened with some of the power restoration efforts, over 54 percent of the power that has gone out due to this storm has been restored. And this is a storm that just left the state on Thursday afternoon. So less than 48 hours after the storm left, we [are seeing] those numbers [rapidly] improve.”

Rep. Mike Grant of Florida’s District 75 said, “Ian is the latest example of why statewide storm hardening is [so] vital, no matter the cost. It can be a matter of life and death for Floridians.”

According to information from The Florida Standard, legislation passed by Florida lawmakers in 2021 invested more than $640 million allocated to local communities to prepare for intensified storms and flooding. The state granted more than $270 million in matching funds for 76 projects in phase one; in phase two, for 113 projects, the state contributed $404 million.