Hanging On By A Thread: New Poll Reveals Democrats Sink Even Further With Hispanic Voters 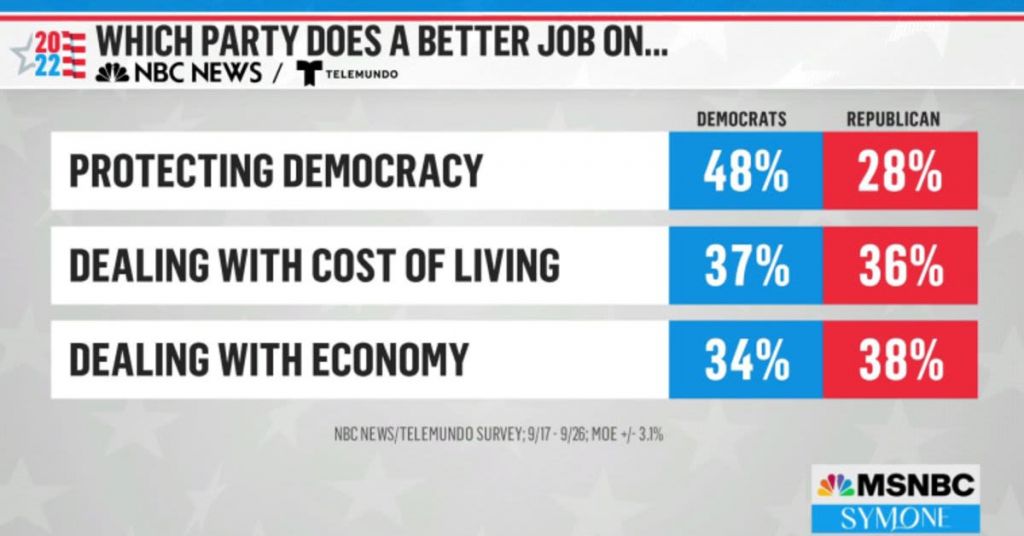 Democrats’ advantage over Republicans with Hispanic voters has fallen to a new low.

The new Telemundo and NBC News poll showing the latest statistics was conducted between September 17-26 and was taken in English by 75% of respondents, and 25% took it in Spanish. In that poll, 54% of respondents said they favored voting for Democrats, with 33% favoring Republicans.

The same poll for this year found Hispanic respondents reasonably evenly split on President Biden’s job performance. 51% of respondents stated that they approved of Biden’s performance, but 45% said they disapproved.

Florida Hispanics only favored Democrats over Republicans by a 7-point margin. The difference is significant and goes to the heart of the issue that Hispanic voters do not universally love Democrats.

There are numerous exciting findings in this poll, and it is a poll that should give Democrats some reasons for concern. They can see from these figures that a voting block they used to count on to help deliver elections can no longer count on the votes they used to provide.