After Getting "Thank You Call" From President, Coast Guard Hero Is Fired 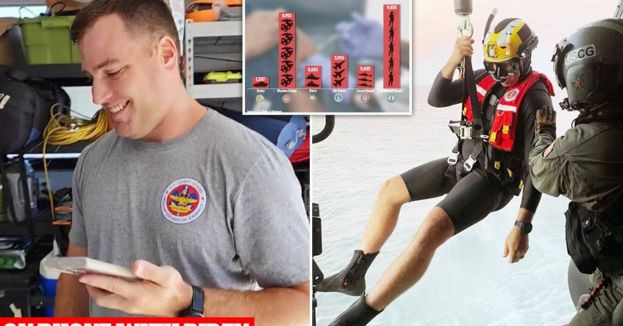 President Biden called to thank a member of the Coast Guard for his heroic efforts to save lives in the aftermath of Hurricane Ian.

However, that “thank you” call comes off as sour after the announcement that the Coast Guard hero will lose his job in the military just days after the call. The service member was scheduled for discharge for not taking the COVID-19 vaccine.

Technician Second Class Zach Loesch was one of several Coast Guard members who received a phone call from the President thanking them for their service to help rescue people in the Naples area and beyond after Hurricane Ian. According to Fox News, Biden spoke about the call and said that he told Loesch that he was proud of him and appreciated all he did to help others.

The White House provided a readout of the call in which President Biden thanked the Coast Guard members for all they had done. He also asked the members if they needed additional resources to help get the job done in Florida.

Despite the call from the President and the heroic rescues, Loesch says he is still scheduled for discharge from the military in the next 30 to 60 days. The discharge reason is due to his refusal to take the COVID-19 vaccine.

Loesch stated that he applied for a religious exception to the requirement for getting the COVID-19 vaccine, but the government denied that application. He then appealed the denial, but again authorities rejected the appeal.

Loesch told Fox News that everyone he saved from the hurricane flood waters would have come with him regardless of his vaccination status. He says that they wouldn’t have cared about what he decided to do about getting his COVID-19 vaccine or not.

In September, a lawsuit was filed against the Coast Guard by a group of 1,200 members who are seeking religious exceptions to getting the COVID-19 vaccine. The case says that the Coast Guard essentially denies all “religious exemption” applications across the board. If true, then the organization is not following its own rules.

The Coast Guard did not immediately respond to requests from Fox New Digital to comment on this story.