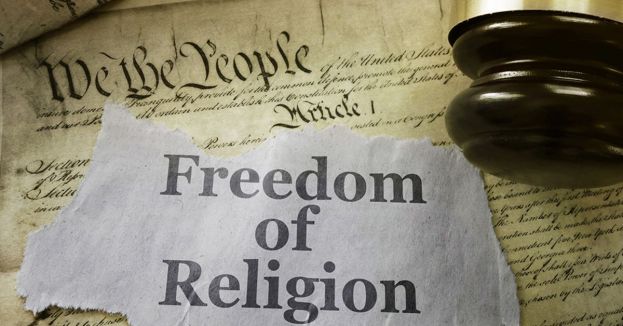 In Texas, a judge recently learned that he could continue to open proceedings with a prayer after a ruling by a US appeals court.

This decision was the ruling issued after The Freedom From Religion Foundation sued Texas Justice of the Peace Wayne Mack, according to reporting from The Blaze.

The judge has opened each day of court in his courtroom with a few minutes of prayer from various local religious leaders for years, according to reports from Reuters.

The United States Court of Appeals for the Fifth Circuit is the court that received the case, and it ruled 2-1 that Justice Mack could continue to hold these short prayer sessions before the opening of business within the courtroom. The court ruled that the Freedom From Religion Foundation had not proven its claim that the prayer sessions could be considered prejudicial.

The court ultimately ruled that as long as Justice Mack continues to allow faith leaders of various faiths to conduct the prayers and that he does not discriminate against those who choose not to participate, there is no violation of the Constitution, according to the court’s ruling. Mack’s attorney, Bradley Hubbard, stated that the ruling by the court recognized the long and rich tradition of opening legal proceedings with a short prayer.

The dissenting judge, in this case, was US Circuit Judge E. Grady Jolly, and they concluded that it was reasonable on the assumption that a lack of participation in the prayer service may draw ire from the people in the courtroom and cause unfair assumptions about the individual who refused to participate. However, that didn’t matter in the end, as the ruling went 2-1 in the other direction.

Justice Mack spoke with the media and stated that he was grateful for the ruling from the 5th Circuit court and that he looks forward to continuing to serve the people of Montgomery County.

The Houston Chronicle reports that the Freedom from Religion Foundation has not yet decided if it will appeal the ruling. Annie Laurie Gaylor, co-president of the foundation, stated that a courtroom is not a church and that prayer has no place in official government proceedings such as those conducted in the courtroom.

For those interested in learning more, the case is Freedom From Religion Foundation Inc, et al., v. Mack, 5th US Circuit Court of Appeals, No. 21-20279.