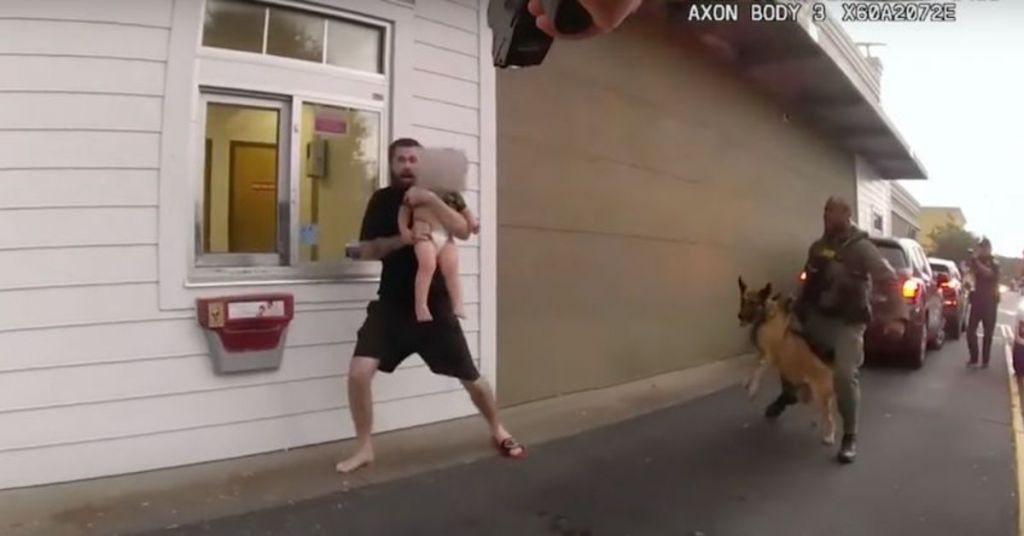 Brandon Matthew Douglas Leohner, a robbery suspect from Palm Coast, Florida, used his toddler as a human shield at McDonald’s.

Breaking911 was the first to report this story, and they said that Leohner used the 1-year-old child of his girlfriend in an attempt to shield himself from police. Fortunately, the police safely removed the toddler from Leohner without harming the child. They then put Leohner under arrest.

Flagler County Sheriff Rick Staly said that the incident was a domestic situation that turned violent and put the safety of a 1-year-old in harm’s way, according to The Post Millennial. The Sheriff continued by stating that his deputies ended up in a violent and volatile situation and that they handled themselves very professionally. He also stated that the child was unharmed and returned to his mother.

The Sheriff’s Office received word that Leohner had taken the child while armed with a handgun. According to initial reports, he drove away with the child in his lap. Police found the man speeding down Belle Terre Parkway and caught up with him on State Road 100.

Police records indicate that Leohner drove recklessly with the child in the car by breaking the speed limit in various sections and driving over the median line.

Finally, police confronted the suspect when he exited his vehicle at a nearby McDonald’s. He held the child against his body as a shield at that time. Police repeatedly yelled at him to release the child. A taser was used on Leohner, and police could quickly remove the child from the scene. However, Leohner recovered rapidly from the jolt of electricity and attempted to flee the scene again. Luckily, a K-9 unit was on the scene and could help police officers capture Leohner before he got away.

According to Breaking911, Leohner was arrested and treated for his injuries. Breaking911 says his charges include: kidnapping, using a minor as a shield, resisting violence, child neglect, fleeing and eluding, and reckless driving.