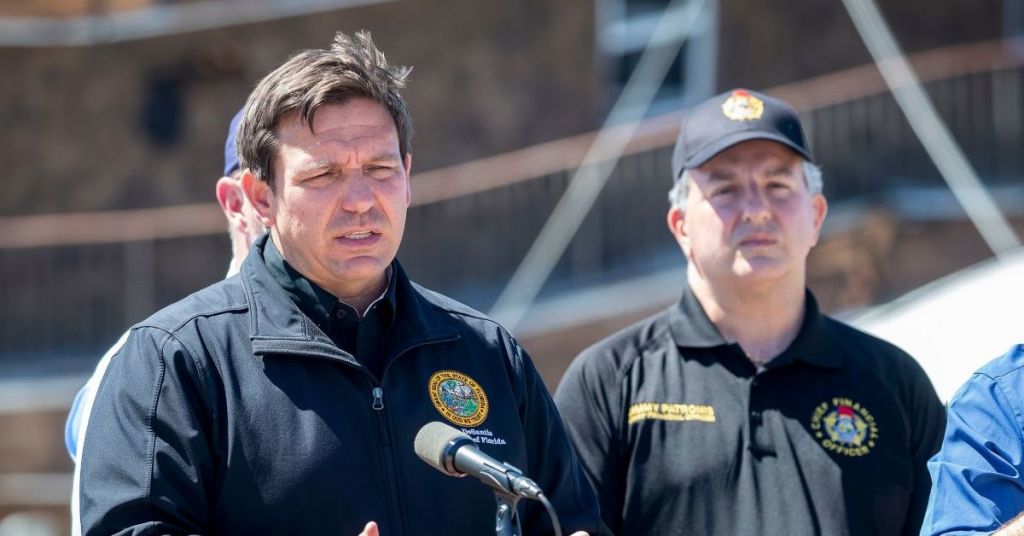 Recovery from a natural disaster is an immense effort, especially true when that disaster is Hurricane Ian.

Ian slammed into Florida’s southwest coast as a category four monster, rampaged through the width of the state, and emerged from the other side. The damage has been incalculable. The job of Gov. Ron DeSantis (R-FL) in leading his state out of the rubble is just as immense as the Hurricane. It could make or break his political career.

According to the Daily Wire, DeSantis appeared at a Waffle House in Charlotte County, one of the first eateries to reopen in the Ian strike zone. The Governor began to cook meals and serve them to first responders to demonstrate his appreciation for their efforts to help Florida recover from the Hurricane.

Meanwhile, an army of first responders, linemen, National Guard Soldiers, and volunteers have fanned out throughout the state.“The Governor’s office said that 42,000 linemen are responding to the more than 1.2 million power outages caused by the catastrophic damage from Hurricane Ian. The governor added that the lineman has already restored power to more than 1.4 million Floridians.“As of early Saturday morning, over 1,000 members of search and rescue teams made more than 1,100 rescues. Helicopters have been used for nearly 200 of the rescue responses and the Florida National Guard is also involved in efforts to conduct search and rescue operations with individual counties.”In the meantime, the Florida Division of Emergency Management (FDEM) has set up food banks and fuel depots across the affected area of the state to help people whose lives have been devastated by the Hurricane. “More than 63,000 hot meals were served on-scene at food banks in Alachua, Brevard, Charlotte, Collier, DeSoto, Flagler, Hardee, Hillsborough, Lee, Manatee, Miami-Dade, Orange, Pinellas, Polk, Sarasota, Seminole and Union counties yesterday, Friday, September 30. More than 100,000 hot meals will be served today, October 1.”In the meantime, 1.2 million gallons of fuel have been gathered to support search and rescue operations.According to Fox Business, the Hurricane killed 35 people in Lee Country alone. The death toll across the state is likely to rise.According to Fox Business, President Joe Biden, setting aside partisanship, offered some words of comfort for now. “We’re beginning to see the scale of the devastation in Florida, which is likely to rank among the worst in the nation’s history. Our hearts break for the folks whose lives have been devastated by this storm. We are with you. And we’ll stay at it for as long as it takes.”