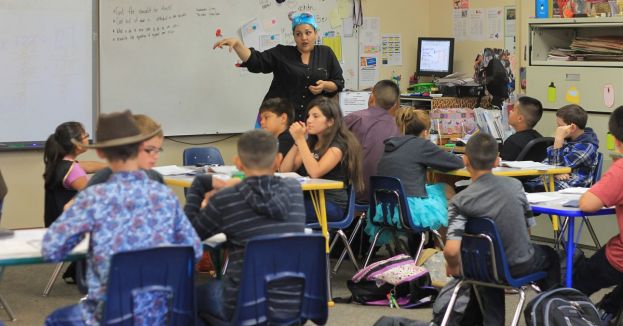 The issue of school vouchers has been a contentious one for decades.

The idea behind vouchers is that instead of financing schools directly, the government should offer money to parents of students. Then, parents can send their children to the school of their choice, public, private, or parochial. Thus, schools would have to compete for students and would improve to do so.

Teachers’ unions and liberal groups have opposed school choice because they want to preserve the public education system. However, the COVID-19 pandemic and the imposition of remote learning for many students exposed parents to what schools were teaching their children for the first time. Parents find modern school curriculums abhorrent between Critical Race Theory and a “woke” interpretation of American history. The school choice movement became a cause in many states, including Arizona.

The Arizona State Legislature passed, and Governor Doug Ducey signed into law a school voucher program in July that would allow Arizona’s students to attend the schools of their choice for the first time in history. Almost immediately, a group calling itself Save Our Schools started a petition to place a referendum on the ballot for the 2024 election to repeal the law.

According to Arizona’s Channel 5, opponents of school choice maintain that “the program siphons money away from the state’s public schools, which have been underfunded for decades and educate the vast majority of the state’s students. However, Ducey and the Legislature have continued to pump cash into the system over the past several years.”

The Save Our Schools group claimed it had gathered 141,741 signatures, more than the 118,823 signatures needed to put the measure on the ballot. However, after examining the signatures submitted to her office, Arizona Secretary of State Katie Hobbs announced that not enough authentic signatures had been gathered. Hence, the matter will not be placed on the 2024 ballot.

Hobbs tweeted, “We have informed the SOS committee that the referendum will not qualify for the 2024 General Election Ballot. While the statutorily required review continues, our office has inspected enough petitions & signatures to confirm that the 118,823 signature minimum will not be met.”

Save Our Schools was not pleased. The organization tweeted, “Today, Arizona’s public schools were dealt a devastating blow. The universal ESA voucher scheme passed by the R-controlled #AZLeg & Gov.Ducey has gone into effect despite our network’s herculean effort to stop it in its tracks. We will never stop fighting for AZ’s students.”

Arizona’s school voucher program will proceed as planned. However, Save Our Schools and its special interests will try to kill it again.